‘Someone Behind You’, a Korean horror recently released in Malaysian cinemas, is an animal that can’t really be truly defined well. Yes, it looks horrific, it sounds horrific, and it seems horrific. Therefore, it can be safely assumed to be a horror film. Nevertheless, after having seen the film, I would argue that it is also fair to say that the film is also as much a psychological film as much as it is a horror film.

The truth of the matter, however, lies deep in the plot. It follows the high school student Ka-in (Yoon Jin-suh), whose aunt fell down during her wedding from several floors up at the wedding hall, with the finger pointing towards her fiance for the blame. Horrific (there’s that word again) though it was, she survived that particular ordeal, only to succumb to another, more fatal one: being hacked to death by another aunt while she was in hospital. 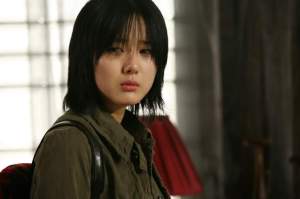 The spate of violence by the familiar (friends and family) to Ka-in continues. After her aunt’s death, her friend on the fencing team attempted to kill her as well. Her own teacher, blaming Ka-in for the death of his best student (who also tried to kill her, by the way), tried…well, to kill her. Hell, even her own mother attempted to get in on the act. All the while, the elders of the family (her dad and some of her uncles) all whisper to themselves quietly with regards to the events. It lends an air of mystery to the proceedings, one that suggests that, with a bit of time and work, the events could all be explained and solved. 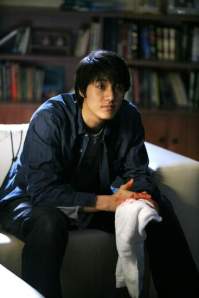 It doesn’t really help that Suk-min (Park Ki-woong), a social outcast at school, haunts Ka-in as well, both literally and metaphorically. He pops up in the weirdest of places and moments, telling her that she cannot trust anyone. “Not even yourself,” he mysteriously concludes, before disappearing into the darkness once again. With the attacks coming almost as non-stop as the kimchi in a Korean restaurant, Ka-in understandably thinks that she will end up dead sooner rather than later. Seeking to solve these issues, she tries to understand more about the grisly killings, leading her to a fair amount of secrets in her family that are best kept unknown.

Pretty scary so far, eh? Certainly violent, if nothing else. Now, though, the psychological part kicks in, as Ka-in tries to get to the root of the problem. It is suggested that the seed of such attacks were not from the fact that the attackers were taken over by spirits of the netherworlds; rather, it comes from deep in the heart of the person itself. Any single time that any one of you have laboured feelings of anger, vengeance, jealousy and discontent, that single time would have been enough to spark a rage that would drive you to murder. 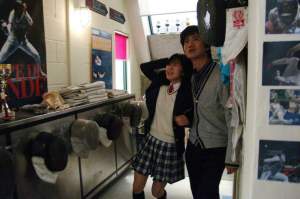 Looking at it from that point of view, it does explain to a certain extent of the reasons behind the murders. Certainly, it is something that is credible, and a perspective that elevates this film beyond the average crowd. I have to admit, I didn’t have too high an expectation for this film, but Ka-in’s journey to discover why the murders and the attacks keep on coming is an intriguing one. The explanation given, too, that in each and every one of us lies the potential to be a murderer or a killer by virtue of our ‘negative’ feelings, is one that kept me interested throughout the film. 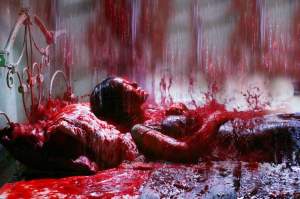 That is a good thing, for I am not particularly scared by the horrific parts, to be honest. Not that the movie is not well done; it’s just that the path of horror films have been trodden so much that the government might as well lay a road down (if it hasn’t been done already). There’s a lot of elements that can be seen from other films, though I have to say that I am happy to report…there is no ‘long hair covering face’ moments in the film. Had the director, Oh Ki-wan, put that in there, I would probably have turned the DVD off (before continuing at a later time; rare is the occasion that I don’t finish a film, no matter how boring. I always think there’s something I could learn from every film, somehow). 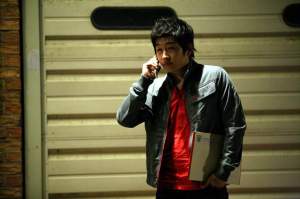 However, any judgement passed on any film (or person, or thing, for that matter) must be done so with all the evidence on the table. Yes, the horror parts are not very scary. The CGI in one particular scene, especially, is particularly laughable (though this perhaps has more to do with me being more used to the effects of Hollywood, which is probably not a fair standard to measure it against, to be honest). Nevertheless, I am intrigued by the idea of the explanation. It has been explored before in other films, and in other ways, but certainly not in the same way here. That is the saving grace of the film. Furthermore, I have to admit…not knowing who’s going to go after Ka-in next also adds to the suspense of each scene, for me.

That, at least, is something that I can learn from this film for my own.

Fikri checks his shadow when he walks. Just to be sure…

One thought on “Chasing Shadows – Someone Behind You”