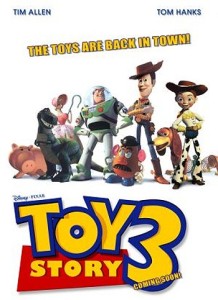 “What’s so great about ‘Up in the Air’?” asked my colleague, after revealing that she checked out my website, but was not particularly impressed with the film or my review of it. “Tak adalah macam best sangat…”

We were discussing about the website that we’re supposed to be working on, and that particular comment came out of the blue. Upon further reflection, I can see the link between the two, but the fact that both being related to the Internet still seemed a little far. Nevertheless, it was a pleasant surprise.

But what makes it great? What makes it engaging? What makes it the kind of movie that “I wish I had made”? It had an ass-hole of a character who changed near the end, some great humour, life lessons to be learned along the way, but I suppose the most important thing for me was that it affected me. All of this didn’t quite come to me in that heat of the moment, because I was more concerned with trying to remember the film’s exact details, as well as what I wrote about the film (it was some time ago, and I must have seen fifty films since then).

But the reason holds true: I was greatly affected by it. The same could be said for ‘Toy Story 3’.

We pick up the adventures of Buzz (Tim Allen) and Woody (Tom Hanks) many years after the previous episode, and Andy is now about to leave for college. He’s at that age now: the teen who doesn’t want his mother (or his sister, for that matter) to be poking around in his room, and he certainly hasn’t played with his toys for many a year. Deciding what to take to college, he picks Woody as the only survivor, with the rest of the gang meant to be left for the attic. Unfortunately, a misunderstanding with his mother ended up with the gang being thrown out as trash. Woody rushes out to save them, only to find themselves land in another spot of bother, and ended up being donated to a daycare center. While most of the toys are not at all unhappy at the prospect of being played with, Woody, still holding on to Andy in a most stoic way, insisted on going back. Unfortunately for both Woody and the rest of the toys, both the way back home and their new daycare home is not quite what they expected it to be…

I find myself struggling to find the correct words to write about and of this film. I suppose the above portion can adequately fulfill the basic requirements of any review, which is to at least present the synopsis in the most objective of ways possible. However, going beyond that, how do I describe ‘Toy Story 3’, a story that is more human and humane than many live-action films around? ‘Toy Story 3’ is a beautiful piece of art, a wonderful story that is expertly and humourously told, with more than just the requisite tug at your heart. Each and every new character was beautifully fleshed out, with even those who had a small amount of screen time standing out amongst the crowd (my personal favourite was the Shakespearean Mr Pricklepants, voiced by the eternal Timothy Dalton, though for nostalgic reasons, a certain Miyazaki creation gets my vote). That’s the most difficult part, I suppose: make sure that each and every one of them had an identifiable identity that could easy be tapped into at any given moment in time. In this regard, though I expected nothing less, the Pixar fellas handed me a good lesson in storytelling.

It also goes without saying that the movie is absolutely hilarious. I laughed at almost every part of the story, with every scene filled with some sort of comedy (Buzz waking up in a dumpster: “That wasn’t me, was it?”). A new character, Ken (Michael Keaton. Michael FREAKIN’ Keaton!), also brought a smile every time I see him (Upon seeing Barbie for the first time: “It’s like we’re made for each other…”).

But in order to continue this review along the path desired, I go back to a word I have already mentioned in this review: nostalgia. The ‘Toy Story’ series began in 1995, and I enjoyed the first film immensely. I was around ten back then, I think. The second one came along relatively swiftly (for the 90s, at least; in this day and age, with every other ‘Transformers’ and ‘Twilight’ sequels released every other year and holiday season it seems, we may have to redefine ‘swift’). I was 14 or 15 by then, and it was yet another enjoyable film. How, then, to top that? How to take forward the story of a bunch of toys whose role is merely to be played with? The answer is simply thus: a long goodbye. We don’t feel it as we watch the film, engrossed as we are in the fun and games, but in the end, ‘Toy Story 3’ is a film that deals with saying goodbye and letting go. Andy’s mother had to let go of Andy as he leaves for college (a moment captured oh so perfectly near the end of the film), and the toys have to learn to let go of Andy. He’s 17 now, he’s not going to be playing with a Mr Potato Head for fun. It’s harrowing for me, not just within the context of the film, but also because of the life experiences that I have been through since the first time my family and I watched the first edition together. Learning to say goodbye and to let go is still something I don’t do willingly, and this film, a toy story indeed, a children’s film in many ways, deals with very adult and human issues that cannot be avoided. Just as every beginning has an end, every relationship we say hello to must end with a goodbye.

Let me put it this way: as much as it made me laugh and smile, ‘Toy Story 3’ nearly made me cry. I had to hold back the tears, to really make an effort to. Let me put it in another way that will hammer home what I mean for you: I

saw the movie twice. Once last Sunday, and once more yesterday. A friend of mine had complained that I saw the film without her (then again, she always complains about everything; I shouldn’t really bother, to be honest). Being the person who doesn’t mind watching movies twice (and someone who is owed a movie to anyway), I went to watch it again.

I didn’t laugh as much. The jokes were funny, but I didn’t laugh at all of them, knowing that they’re coming. I didn’t smile as much either, mainly because I was more exhausted than I thought I was.

But come the end of the film, I almost cried again. Goddammit, I almost couldn’t help myself. It was even worse than the first time, and while I didn’t cry, the tears were already in my eyes. Does that count? I don’t know, but I don’t care. It wasn’t completely sad, of course, for it was more beautiful than anything else, but I didn’t expect the second time around to be more emotional for me. Emotional it was, and just the word ’emotion’ itself seems to be somewhat inadequate. Cathartic might be one, nostalgic almost definitely another.

Does that make me a wuss? Maybe, maybe not. I do know, however, that the film greatly affected me. ‘Toy Story 3’ is a film that affected me so much. It might be different for you, but it had great meanings for me. That makes it great. That makes it effective. That makes it a film I also wish I had made, but know that it is beyond me, at least for now.

What else can I say?