When it comes to considering what a Malaysian film is, Fikri Jermadi feels there is a significant movement that ought to be taken into consideration.

What is a Malaysian film? Not unlike a lot of other things in the country, it is often decided on the criteria of language and racial representation, amongst others. This is a question that reared its head again last year, with the box office success of ‘The Journey’. Though many view it as a success for Malaysian cinema as a whole, others see this as an opportunity to reflect on the current positions of Malay and non-Malay films within this hegemony.

The key point is that the concept of the Malaysian film is continuously challenged and redefined. I believe this challenge is difficult to make without taking note of a more niche group of films produced by a number of independent filmmakers. Over the past few years, these films have sneaked in under the radar without many noticing. A large part of this is due to the limited distribution channels (more on this later), but nevertheless they play an important role in putting on screen a slice of society rarely seen in Malaysian cinema.

They are the Malaysian Urban Wave films.

Now, the selection of a certain label to denote a group of films and/or filmmakers may seem somewhat superfluous. However, to date I have yet to notice a significant enough amount of attention being paid to these films, and I believe that it is time we consider them within the larger context of Malaysian films. 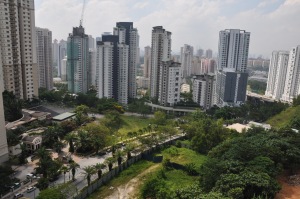 Starting from the middle of the 2000s, the Malaysian Urban Wave films represent a part of the zeitgeist of contemporary urban Malaysians. These are those who are comfortable being in the urban context, having been born and bred in the central cities or the suburbs surrounding it, such as Taman Tun Dr Ismail, Mont Kiara and Subang Jaya, amongst many others. While many Malaysian mainstream (and not-so-mainstream) films explore conflicts based on the urban/rural divide, this subgroup push the envelope further, being also comfortable on the world stage. They’re fluent in a number of different languages (primarily English), having accumulated foreign cultural capital from a young age.

The exposure to such discourses have formed a very specific socio-economic group of people with more international aspirations through their personal and/or professional lives. They are also relatively affluent; not necessarily filthy rich per se, but there is certainly little worry about where the next meal will come from. In short, they are the English-speaking middle-class and above, a significant social stratum whose direct involvement and accurate representation on the silver screen has been far and few in between.

This is a film movement that has its roots in a previous collective, the Malaysian New Wave. Led by the likes of James Lee, Ho Yuhang and Amir Muhammad at the turn of the century, the Malaysian New Wave (also sometimes referred to as the nation’s fifth generation of filmmakers) saw the making of independent films on rock bottom budgets. 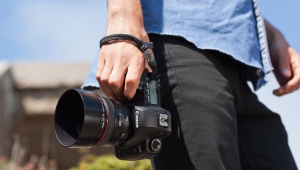 Made possible by the advent of digital technology, stories about alternative segments of Malaysian society were being filmed and distributed for the first time. The development of technology over time has allowed for a greater democratisation of such storytelling, and it is through these technologies that filmmakers such as Khairil M. Bahar and Ari Abraham made their mark. First through short films and videos, they eventually ‘graduated’ to feature films in more recent years.

The collaborative nature of the Malaysian New Wave also permeated through to the Malaysian Urban Wave, with the filmmakers often relying on their own personal and professional networks for favours. A huge role is played here by a significant number of Malaysian stage practitioners. From the thriving English-language theatre scene, we have seen the likes of Tony Eusoff, Gavin Yap and a number of others take part in front of the camera. They are supplemented by personalities such as Patrick Teoh and Susan Lankester, who lend an air of gravitas to these films. For the most part they tend to appear in these projects for relative peanuts thanks to the aforementioned personal relationships. 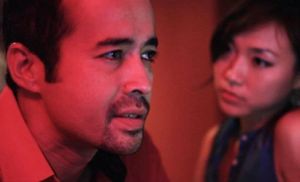 This is especially true of some collaborative efforts such as ‘Relationship Status’, released in 2012. Despite featuring fairly notable names such as Yap, Eusoff, Lankester, Davina Goh, Daphne Iking and Baki Zainal, the film’s overall budget was reported to be somewhere around RM10,000. In addition to the filmmaker’s personal networks, I strongly suspect a big part of this is due to the desire to keep the independent spirit alive. At times, Malaysian cinema feels like a battleground of identities, and the production of these films creates a space for a bigger representation of the English-speaking middle-class story.

What is this story all about, though? For a long time, more formal definitions of what a Malaysian film is is rooted in the usage and representation of both the Malay language and culture. This is an extension of reality itself, where overt displays of expertise in non-Malay practices have been treated with scepticism by large segments of society. In effect, Malaysians who are not well-versed in the Malay language is not seen as completely Malaysian. While that may be true for certain peoples and periods of time, the complexity of Malaysian society at large has rendered this definition problematic. It fails to take into account smaller segments of the demographic who are conversing with different discourses in a variety of ways, and the same goes with the films.

Part two can be read here. We previously interviewed Bahir Yeusuff, the producer of ‘Relationship Status’.