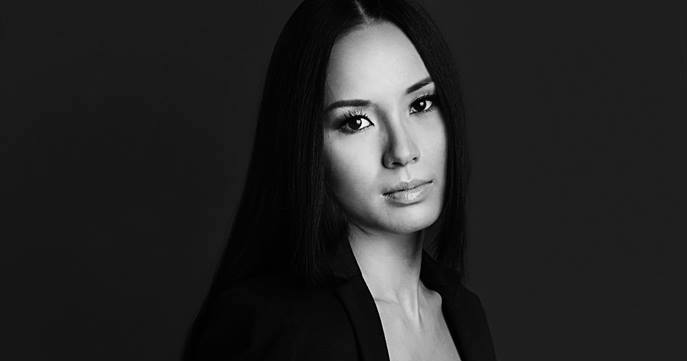 Jasmine Suraya Chin is a performer with a burgeoning and impressive CV. With an active career in front of the camera as an actress and a host, she talks to our friends over at CQ Magazine about her budding career as an on-screen performer, her brush with controversy and the importance of East Malaysian representation in films.

You’re now known as a TV host cum actress, but let’s start before that. When did you first realise that this is something you want to do professionally? Was there a single moment of enlightenment?
Well, I have always loved performing ever since I was young. In fact, when I was a kid everyone kept asking me what I wanted to be when I’m older, and I used to say that I wanted to be an actress. Needless to say, they used to laugh at me. You know, kids those days, and the adults didn’t take me seriously of course, which, until today, I don’t blame them.

To be honest, I never really thought I would get myself involved in the entertainment industry. Growing up, I was more into the serious side of things, rather than the artsy side. However, I still kept myself involved with many theater projects when I was in school.

How did it evolve from there?
I wanted to work in public relations when I was a teenager and the idea of hosting travelogues and shows were very appealing then. I got a 4-year scholarship to study mass communication, but after a year of doing it, I lost interest and I didn’t find it fun. However, I decided I wanted to study Politics and Economics and so I switched my degree and had to forfeit my scholarship. I went and studied both subjects in Monash University in three campuses in Sunway, Johannesburg and Melbourne.

That’s a bold step to take. What did you do after university?
Upon graduation, I wanted to work in many areas, mainly public relations, politics, economics, and journalism. At the time, I really wanted to be a foreign correspondent, so I took up a business writing job at The Borneo Post for about a year. After that, I just didn’t feel quite happy and fulfilled, and the idea of hosting and acting was so much more interesting that writing at my desk and wasting my youth.

I took the plunge and entered a reality show known as The Job on 8TV just for the sake of exposure. When I got the call saying that I was shortlisted for the audition, I immediately flew to Kuala Lumpur from Sarawak on the day itself. That was when I knew I wanted to pursue the entertainment industry seriously.

Now that you’re in front of the camera, how useful was your experience as a journalist? What did you bring over from that side of the media?
I’d say more of my public relation skills and being able to carry myself well in public. I wouldn’t say that working with The Borneo Post was part of the grand plan in the beginning. As mentioned earlier, I did have some idea of working as a foreign correspondent or a TV host, and so working as a writer seemed to be the easiest entry into the field.

To be honest, I believe I wanted to stay in Sarawak for a bit because I have been studying abroad for so long. I just wanted a taste of the comfort zone at first. My dreams and plans changed along the way and it is still changing now, however, my end goal remains the same; sketchy, but I roughly know where I want to head to in life.

Far more intriguingly, you were also the Head Festival Coordinator for the inaugural ASEAN International Film Festival (AIFFA) in 2013. How did that come about?
Well, this is funny! When I was in KL doing the reality show, I realised I needed money to sustain myself on a daily basis. So I thought of randomly applying for a job on Jobstreet. I also considered doing hosting and other acting stuff on a part-time basis, since I was so new then and no jobs were coming in. I thought I’d work in public relations full-time. I didn’t know how I got that crazy to come up with the idea of juggling two jobs!

I applied to the event management company and coincidentally they were organising the film festival in Sarawak. They thought that I would be the perfect candidate to take on the job since I’m Sarawakian, I knew a lot about films, I could write and I had good public relation skills.

However, the decision and clarification that I needed to make with regards to my career path, especially in acting, was when I worked for a couple of months in AIFFA in 2013. I learned more about films and I became friends with some of the most notable and prominent filmmakers around South East Asia and that was when my dreams grew bigger. I realised then that I wanted to pursue acting more seriously.

It says here that AIFFA intended to raise the profile and develop films from Sarawak and Southeast Asia. How successful was it in doing so?
I think it is hard to tell how successful a film festival can be in its initial stage, simply because there are so many festivals out there and filmmakers have yet to know more about AIFFA back then. The idea was very ambitious and I am glad that it was ambitious, because only then people could see how serious the festival was in building and developing films and connections within South East Asia. 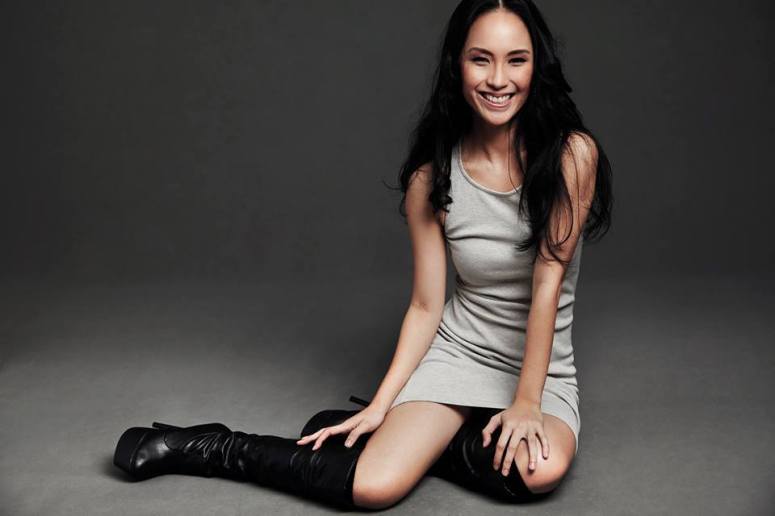 I was also involved in the second AIFFA this year (2015) in a smaller role, because I wanted to focus more on my on-screen projects. I found many new and familiar faces from the previous festival. This means that the festival has garnered the attention and trust from credible filmmakers. This is a good start to many more years to come.

Personally, it feels like it’s not as balanced and accurate as it could have been. What is needed to address this?
Opportunities and an effective support system. Opportunities to showcase the life there: the people, the history. And I don’t mean coverage on food, places to visit, travel shows and such, but real life and real history. It seems as though the East Coast is sold as some kind of holiday or an exotic place, hence West Malaysians often feel as though both states seem so far away when really we’re not that far from each other.

I think also being sincere in wanting to do more stories there, to shoot more stories there, is important. However, there needs to be an active involvement on the part of the Sarawakians and Sabahans. I’d prefer it if we are more independent in showcasing our own stories, having the budget being granted on our end, having more support by our own people. Only then can we have the freedom to really shoot and tell stories and make it our own.

Coming back to your career, you’ve also acted in a number of productions on television. Which is the most memorable, and why?
‘A&E’, a Mediacorp production from Singapore, simply because it was very hard to get into the character I was playing. The experience gave me another perspective on acting.

I saw you for the first time in the film ‘Qing Yi’ by Mugunthan Loganathan, in which you play the role of a traditional Chinese dancer. Tell us a bit about your experience with that.
That was my second time acting in front of the camera. Truth be told, I am not too proud of it. I was confused at first as to why we had to wait so long, and why did the position of the camera change so often.

What was the most challenging part of that role?
To speak in Cantonese and to sing in Cantonese, because I don’t speak the language.

Speaking of which, in researching for this interview, I realised there’s some discontent online about you, largely stemming from others mistaking you to be a Malay. This was most evident in your role as Effa in ‘Maaf Jika Aku Tak Sempurna’. Some considered there to be a disconnection between your portrayal and what a Malay girl is supposed to look like. What did you make of all this?
First of all, I think a lot of people mistook me for a Muslim simply because my middle name is Suraya. Also, I don’t look super super Chinese, and I speak pretty fluent Malay. Hence, many people found it hard to believe that I am 100% Chinese.

What would you say to them?
I think my first question to them would be, “How should a Malay girl look like? Is it by the way she dresses, the way she acts, the way she talks?” Malay is just a race. Effa, on the other hand, is an individual. Her background, her environment, the circumstances, her beliefs shape her. Her race does not shape her behaviors 100%. Whatever they make of me is just gossip and pure controversy.

But hey, there is no such thing as bad publicity. So I just enjoy the ride. At least people notice Effa. Hence, as an actor, I was seen and heard.

Has this become an issue that affected you in other ways? If so, how?
Yes, people do assume I am Malay and was quick to judge the way I dress. But in many ways, I don’t think it affected me badly. In fact many people were impressed that me being a Chinese could speak the Malay language fluently.

Images courtesy of Jasmine Suraya Chin. First published in December 2015. The full interview could be read in the fourth issue of CQ Magazine, which you can read here or download as a PDF file. Check out our interview with Mugunthan Loganathan.