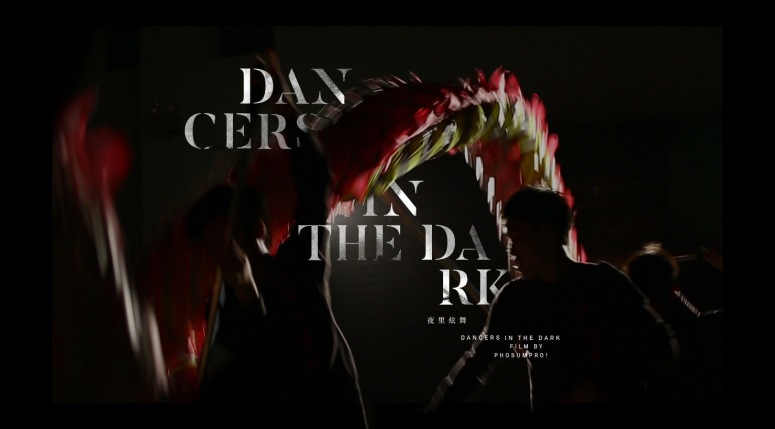 We were intrigued by the idea of a film about dragon dance, so Fikri Jermadi had a chat with Wong Shang Shen, the co-director and editor of ‘Dancers in the Dark’.

Hi Shen! Thanks for agreeing to this interview. To those who don’t know you, how would you introduce yourself?
Hi, I’m Shang Shen or Shen for short. I’ve been a filmmaker for more than five years. I’m also a dragon and lion dancer, with more than a decade’s worth of experience, and being part of the sport is what brought me into making this film. For the past four years, I’ve been documenting both dragon and lion dances, and I believe now is the right time to make a film about the sports.

I need your help to define this further. Perhaps it is my ignorance, but I’ve always thought of it as a cultural expression, rather than a sport. How does this work in that context?
I believe this is usually what people would think of, because when we mention dragon dance, people will straight away get to the context of a traditional Chinese culture. There is no doubt that the dragon dance is an expression of Chinese culture, but as it evolves through time, it has turned into more than just a cultural novelty.

What makes it a sport, though?
Why do we think it is a sport? Because it requires really intense teamwork and understanding, as well as good stamina. Dragon dancers want to be recognised as sportsmen, as athletes because of what they do. To them, dragon dance is no different from any other sports, like football, basketball and hockey, amongst others, because they are also competing at a very high level of competition. The art of dragon dance today has been acknowledged by the Olympic Council of Malaysia for the sport that it is, which is why we think the time is now to change people’s perceptions.

Excellent. That film is ‘Dancers in the Dark’. Tell us a bit more about the project.
The story revolves around a local dragon dance team named Malaysia ­Yahya Awal Dragon Dance Troupe, and their head coach, Poh Soon Han. It tells the story of how Coach Han managed to bring his team going from zero to being world champions.

I met Coach Han four years ago when I was shooting a documentary about the team, and it was just before they won their second world title. Back then, Han and I thought that, someday, maybe something can be done to tell the story of dragon dance. 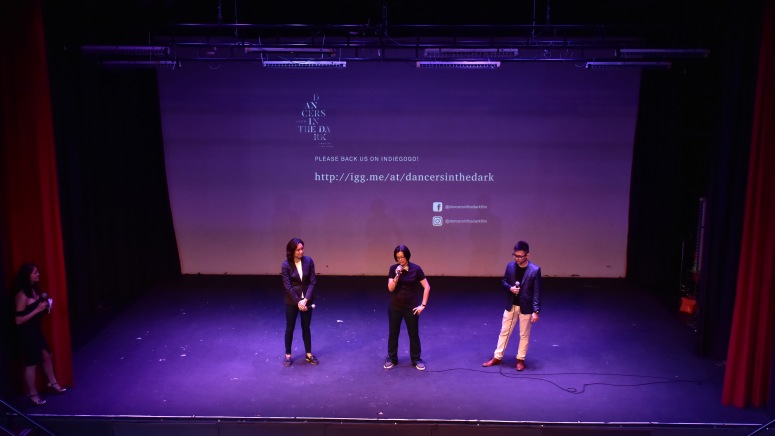 A year ago, we met again, and we wanted to do a short film at that time. So I went to discuss with Yin Tan and Mai Fernandez about the idea. However, in the end we decided to make a full feature! That’s how the whole project started.

Let me just confirm this, before we move further forward: this is a fiction film, correct, and not a documentary film?
Yes, it is definitely a fiction film, but based on true events. It was really challenging, drafting the storyline, because we wanted something more dramatic, but we also needed to keep the originality of the Yahya Awal and Han’s story. Hoever, we were able to find a balance.

What was it about this story that really attracted you to it?
It’s the story of a team of unsung heroes. That is always something good to be told. The belief and positivity Coach Han has towards his team is something we rarely see these days. We are trying to inject more positive vibes into society through this story, because the society these days are just filled with so much negativity.

We’ve been friends from the start, and we were always talking about how he overcame his struggles when, at one point, there were only five members left in the team. I’m always amazed by his determination to bring his team to glory, and I’m sure the audience will be amazed by their story as well.

It’s funny you mentioned the idea of unsung heroes; just going through the brief synopsis on the Indiegogo website, there is one line that sticks out: “a 21-year-old coach who managed to train a bunch of misfits to become world champions.” It seems like the formula of almost every other inspirational sports film (particularly from the United States). The first part of this question is whether there are any other films out there that you looked to as a kind of inspiration for your own production.
Yes, there were tons of sports films out there in the market, but most of them usually have the team or sportsman as the hero of the story. Not as many really highlight the role of the coach. Then we look at films like ‘Any Given Sunday’, one of the films that we took a much closer look at. The person who influenced the team, who brought the team up, is Tony D’Amato, played by Al Pacino. His role as the coach is exactly what we see in the real Coach Han, which is why we are confident that there’s a great story to be told.

How does this make your film unique, then, amongst others in its genre?
I think what stands out about my film is the setting of it. Usually, when we talk about sports films, we talk about football, rugby, boxing and any other conventional sports. But when we talk about dragon dance, what comes into people mind is a film about traditional culture. What we are trying to do in our film is to elevate the status of dragon dance to more than just a cultural novelty. We want people to see it for the sport that it is.

How much of your personal experience do you relate to this story?
Speaking as a dragon dancer myself, I always believe that it takes more than just hard work to excel in what we do. It takes courage, passion, perseverance and understanding to be good at it.

And yet this is something people don’t see, because what they see is just a 10-minutes performance. I felt the need to step up and do something for this community, and it has always been my dream to make a film about the sport. We want the world to appreciate what we do, and to recognise us as athletes. We want people to see dragon dance as just a common sport.

On the Indiegogo page, you mentioned the involvement of a visual effects (VFX) team. In my head, I imagined this largely as a live-action film. Without giving away the whole house, how is a VFX team involved in a film like this?
We are trying to minimise the amount of VFX in the film, because at the end of the day we want to tell a real story, and we want to keep the original flavour of dragon dancing. In most parts, the VFX team will probably work on the competition scenes. We are trying to elevate this beyond the normal dragon dance competition we usually see. We want it to be grand, to be high end. We want the ‘wow’ factor of a football game in the dragon dance competitions. That’s where the VFX team will play a big part.

You co-direct this particular film with Mai Fernandez. Tell us a bit more about that particular process. What is it like thus far?
I’ve worked with Mai on a few projects before, but this is the first time I’m co-directing with her. We both have different inputs into how the film should look like, because Mai is always the more creative and innovative person, while I want to stick more to the original story of the team. However, I’m glad we always end up getting a really good balance between both sides. So far things have been pretty great, working together with Mai.

What is the impact you hope would arise from this production?
Personally, I hope this film will help the public to recognise our unsung national heroes. Also, I hope people will change their perception towards dragon dance, because to us dragon dancers it is always more than just a Chinese traditional culture, it’s a sport that requires teamwork, passion and understanding.

On the other hand, I do wish that through this film, we are able to prove to the public what the standard of local films could be. Because without the support of the public, we filmmakers could never go far. We want the public to realise the potential of local films, as at the end of the day what makes a good film is not just the about the VFX or how big is the team, it is the story that touches people’s hearts.

Finally, in Googling your name to research for this interview, a link to Dragon in Ambush: the Art of War in the poems of Mao Zedong came up, specifically highlighting a source called The Book of Shang shen. Just to confirm: you’re not involved in that one, right?
Hahaha! No.

Find out more about ‘Dancers in the Dark’ from their Facebook page, and support their crowdfunding effort on Indiegogo.