In the penultimate of a series of interviews, Elise Shick talks to Sidi Salleh about his formative filmmaking experience, his involvement with the 3rd Young Filmmakers Workshop as a mentor, and how he got involved with his fellow Indonesian filmmaker, Edwin.

Greetings Sidi! Would you mind sharing with us your first filmmaking experience?
When I was 15…  if you said filmmaking, I am not sure if it was a film or not, but it was my first film, doing wedding video documentation, because my father was doing that kind of stuff when I was a kid.

It counts. What was that like?
Basically, I hated cameras before and didn’t really like it. It was when I graduated from high school, when all my cousins asked why I don’t just continue doing that kind of camera thing, that I started to think about it a bit more. Then I shot ‘Dayang Sumbi’, one of Edwin’s films, for the first time.

What was the story behind that?
I was sitting in a canteen in my school, and then Edwin came to me. He was in quite a mess at that time, as he was just finishing one of his assignments in films. So we started talking about things. He asked, “Do you do black and whites?” “Yeah,” I said, “Why?” “If we shoot in 16 mm that day using low light, is it possible to do it?” I didn’t think so. “We can’t,” I said, “because there is no processing for black and white film at the time.” I ended up processing the film myself!

That is a world away from what the 3rd Young Filmmakers Workshop participants are working with. They’re using the Panasonic GH5 to shoot with, but for most of them, this is their first time handling this camera. What must they quickly grasp, in order to make themselves more familiar with the camera in a very short time?
I think it’s very classic: just exercise more. Even though you have a very tacky, very high tech equipment, it doesn’t make anything faster. You can start from the skill. You can start from your knowledge. But in order to understand that, you have to try it by yourself.

Has this approach helped the young filmmakers of Indonesia?
It depends. Some filmmakers in Indonesia are quite similar to the rest of the ASEAN countries. At least, I think it is very similar to Malaysia.

In what way?
Filmmaking, for me, is divided into two kinds. This is my own term. For the first one, I call it making ‘profitable films’, and the second is the films that are really hard to make, because they don’t have many sponsors and investments. Also, the second kind of film contain personal statements that would probably not interest someone who has money. 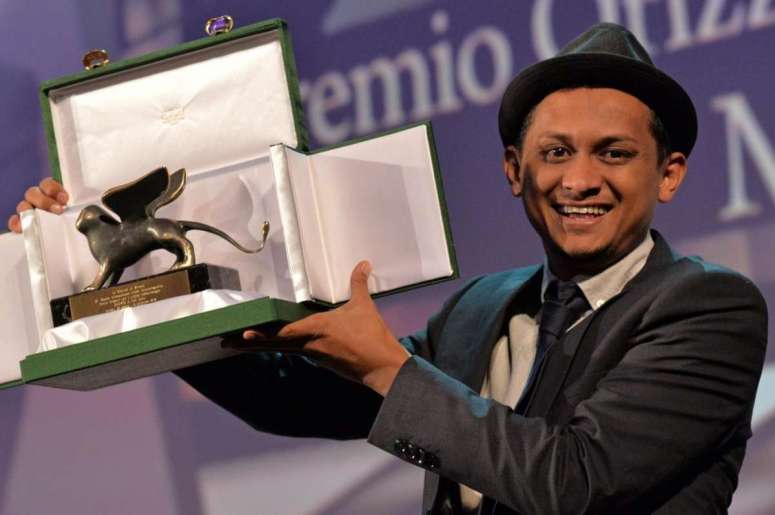 So if you’re asking how the filmmaking industry is doing, there are some people doing that kind of film which we call independent films, until now. And there’s a lot of communities organising this kind of workshop. They try to influence and bring the vibe to share the experience of filmmaking. They can have quite large connections with the other islands across Indonesia.

Speaking of workshops, talk to us about the process of being a mentor to the participants.
I’ve always loved being a mentor. I think that’s the thing that I really enjoy, because at least I share a lot of my knowledge with young people. It was also because I portray myself as not really well-educated at my own age, so I feel that I’m here today to help the young in finding what they want, easily and faster than me. It is quite helpful for them so I think this workshop is what I love to do.

What do you see in this year’s participants? Is there anything particularly striking like personalities, energies and potential?
Oh, I just love being with young people, I guess. I’m always fascinated by young people because, even to me, it’s like when you’re a teenager. You experience different kinds of personal feelings that can be changed, can be replaced.  So if you asked me about how do I think about the participants, I don’t know exactly, because there are 12 participants, but at least I’m trying to see them in the right way.

Can this kind of workshop build up the connection and collaboration between different Southeast Asian countries?
Of course. I think I have to say this while I’m here. In Malay, they have this proverb: “Tak kenal, maka tak sayang.” It means, “If you don’t know, you can’t like it.” I quite agree with this saying. There’s a lot people who are making their fast judgements using visible signs, but they don’t know the real things. So I think this kind of workshop really connects people, really puts people in a real situation where they can understand each other.

Elise is the content writer for the 3rd Young Filmmakers Workshop, organised by Next New Wave, which Sidi is a mentor of. You can find out more about that here. Read the interviews with  fellow mentors Carlo Francisco Manatad and Davy Chou.