Carrying on from last week, Fikri Jermadi rounds up the final three films of the 2017 HACTION! short film competition.

Coming very much from the left field is ‘Fu Xin De Ren’. This is the first film here directed by someone whose name I’ve heard of before. Amanda Nell Eu has been gaining plenty of acclaim in recent years, being Malaysia’s first female filmmaker to have a work of hers selected for the Venice International Film Festival in 2017. Granted, the title of the film ‘Lagi Senang Jaga Sekandang Lembu’ may make me think more of the parody music video ‘Ada Lembu Nak Jaga’, but this is an indication of the quality of filmmakers involved in this competition. Being the first edition, it is important to have some gravitas here in that regard. Amanda may bring some of that, but the more important factor is the quality of the film itself. The plot is actually not much, featuring a film audience and their reaction in having to stand for the Malaysian national anthem prior to a film screening. The story, however, goes a lot deeper than that.

This is a critical consideration of the directive by the government a number of years ago, when Malaysians were treated to their national anthem before their film screening. It’s actually not an uncommon feature of cinema, for many have long acknowledged the role of films in fostering unity and identity (our friends in Thailand do something similar, by playing a song revering their royal patriarch). The discussion at that time, however, was how this is a reflection of our level of patriotism; while many would stand to attention without question, an equally big segment would remain silently seated, either in discomfort at a new convention or as a form of silent protest. I was a part of that latter group, not necessarily because I do not respect the national anthem or the nation, but because I did not feel like being made a tool of the government (ironically, I was officially a government worker at that point). To see this being dealt with directly on screen is quite cathartic. ‘Fu Xin De Ren’ stands, therefore, as the most intriguing of the HACTION! short films here. It plays out like a silent film (not one of the audience members uttered a word in the film), yet it speaks the loudest on an issue that has been the bane of many for quite a while. I am told by my Mandarin-fluent student that the title means something along the lines of ungrateful people, though I myself cannot figure out for sure whether that is meant it an ironic sense (or not). ‘Big Tea Rice’ by Dexter Lo is something of a departure from his previous efforts. I am familiar with his work, ‘A Simple Love’, and his script work for ‘Thank You’. Both films are evocative of supposedly simpler times, when people can apparently rely on each other for companionship and a sense of community. This film, then, runs along very similar lines. Punjabi (Ashrinder Singh), Malay (Mohd Firdauz) and Chinese (Weky Goh) are seated around a table, discussing about the possibility of conducting business ventures. Very soon, the talk shifts to discussing the idea of nationalism and patriotism. “I never see the spirit anymore,” says Malay. “Nowadays everyone become selfish ah. Very hard to see… different cultures talk to each other.” I find that interesting on a number of different levels. The first is that the film is responsible for the second time I laughed out loud during these films, when Punjabi thought Malay said M&M instead of MLM (multi-level marketing). Secondly, and somewhat superficially, I can respect how Dexter cuts through the naming convention bullshit, and simply name his characters after their races. It reminds me of how ‘Friends’ would simply begin the name of every episode with ‘The One With…’, as people wouldn’t remember the actual official name of the episode, instead referring to the major plot point of that episode, and so the producers would adapt to that convention.

I see the same thing going on here; given the subject matter and the relatively fleeting nature of this competition, it’s not likely that the characters will stick around in people’s head. Rather, it is what they represent that is likelier to shine through, and in this third layer, it is interesting how these characters don’t appear to be particularly old in age, possibly being little more by their mid-20s at the most. Yet they utilise much of the tools of the older generation in evoking that sense of aged superiority, a ‘back in my day’ approach that is admittedly not without its merits. However, I think that appropriation must be appropriate, and in this case, there is a disconnect between what they’re talking about and how it’s delivered. When Malay says that he doesn’t see that spirit anymore, when has he actually seen this? Back in high school? How representative is that timeframe of the wider society? Or is it me that’s out of step here? Could it be that, in line with how everyone appears to be so-called maturing at an earlier age today, even such discourses are presenting themselves a little sooner than I would have expected?

Similar questions could also be found in Sherwynn Victor’s ‘Aku Masih Ingat’. The tale features a platoon of soldiers caught under fire. As I recall it now, it is not quite clear who is attacking them, but the more important part of the picture is that these soldiers are fighting for Malaysia, united by their desire to protect the home. Once again, there is a keen sense of unity that is evident in how they would eventually overcome the odds and emerge victorious. Out of all six films, this is the one that caught me by surprise the most. By the film’s end, there is an obvious, in-your-face definition of the different colours worn by different soldiers in the film. They are all part of the Malaysian flag, each carrying its own meaning. I had screened it in class in Jakarta to my students, and their reaction was far more enlightening than I had thought possible. One Filipino student discussed how the exact same colours also evokes similar meanings in in the Philippines imaginary; it goes without saying that our brothers and sisters over on that side of this continent also use the exact same colours for their own national flag.

Yet another student, this time an Indonesian, reacted in an even more emotional sense, practically tearing up as she reveals a never-before-seen side of her, showcasing an ultimate respect for those who serve in the military. Indeed, hers is a respect that transcend national borders, including not just those who represent the Merah Putih of Indonesia, but also soldiers from other countries. Therein lies the intriguing impact of Sherwynn’s work. I am relatively certain that he is certain in the certainty of the code he’s working with in his film; after all, this is a film made for a short film competition held in conjunction with the Malaysian Independence Day. Yet it is pleasantly surprising how that certainty still comes with asterisks attached, depending on the audience watching. Lest we forget, many countries in the region and beyond also have their Independence in and around the same month of August (Singapore, Indonesia and India; the Philippines have theirs in June, while Vietnam come in a bit later at the start of September). In that regard, it is useful to see how the very things we see as ours are actually very much constructed along similar lines, almost in tandem with our ASEAN and Asian brethren. Much of the colours in ‘Aku Masih Ingat’ may have been drained to portray an initial bleakness, but it is filled by interpretations that is enlightening. For that, I have to thank my students. 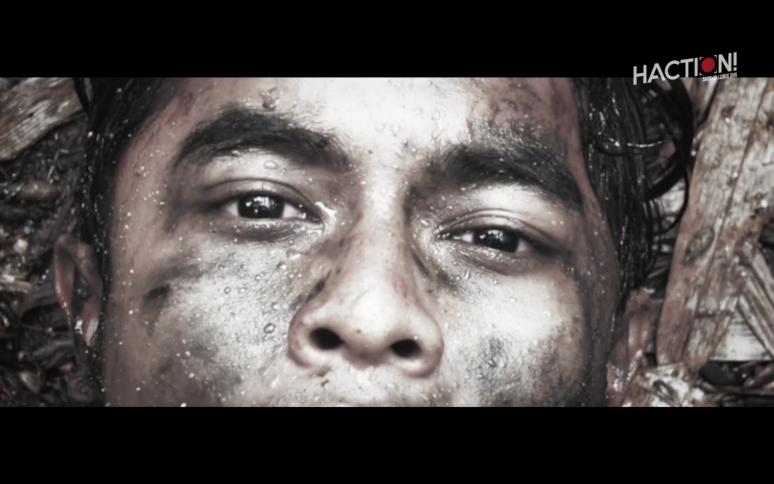 Eventually, one must also thank the filmmakers and their teams for having created these films. I must admit that not all are particularly suited to my palate of tastes. A part of that has to do with my own sets of expectations. As discussed above, not all of the works here are essentially short films in my understanding of that term, with a narrative that is more suitable as either YouTube videos or public service announcements. I had also thought that this would be a good way to critically discuss how we are essentially united as a nation and as a community; with the exception of Amanda Nell Eu’s ‘Fu Xin De Ren’, it feels like everyone else is toeing much of the same communal lines. We should not forget, however, that this is for a competition with a fairly hefty set of prizes up for grabs. Perhaps the pushing of envelopes should not really be expected here.

Furthermore, it is difficult to expect everyone to see things the way I do. This difference of interpretation creates meaning, allowing others such as my students to add depth and knowledge to my understanding. As I sit at Quiznos, concluding this with ‘A Million Dreams’ blaring from the speakers, such variety in dreams and imagination is indeed important for this nation, community and world that we make.

The following is the order in which the films are ranked at the 2017 HACTION! short film competition:

You can read the first part of our thoughts here. To watch all the films, visit the YouTube page of the competition.