Adi Iskandar digs in deep with the first Palme d’Or winner he saw in the cinema for a long time.

The film ‘Parasite’ begins with a brief introduction into the strangely-charming, WiFi-stealing ways of the family Kim. They live a fairly miserable existence, crammed into what essentially amounts as the basement space in a somewhat-dilapidated building in a poorer part of Seoul. It is a good introduction, ensuring that we are not just immediately connected to the protagonists upon whom our best wishes are hung, but this is contextualised through a certain sense of likeability; in spite of their terrible surroundings, Ki-Taek (Song Kang-ho) is someone who maintains a half-glass-full perspective (even when the area is getting fogged, he thinks that it is free fumigation for the house), always believing that something better is around the corner.

That belief, it must be said, is not entirely unwarranted. While his son, Ki-woo (Choi Woo-sik), is not the most useful around, his daughter Ki-jeong (Park So-dam) is a lot more resourceful, her je ne sais quoi perhaps masking a je m’en fiche that attitude, which itself is a front for a high level of aptitude and intelligence.

They get their break one day when Min (Park Seo-joon), a friend of Ki-woo (and someone to whome Ki-woo has been unfavourably compared to), has to leave the country to further his studies. Being an English tutor to Da-hye (Hyun Seung-min), he entrusted that Ki-woo would continue what he had already started. This is the inciting incident to the plot (preceded by Min’s gift to the family, an ornament believed to bring wealth and prosperity), from which we begin to see the juxtapositions presented through the film. A part of that comes from the excellent technicalities of the film itself. That goes without saying for one of the world’s top directors, but still, it would be amiss to not note how the sound design reflects the harsh world Kims live in, and the peaceful serenity of Da-hye’s house, a huge oasis of calm in which you can hear the birds chirp. 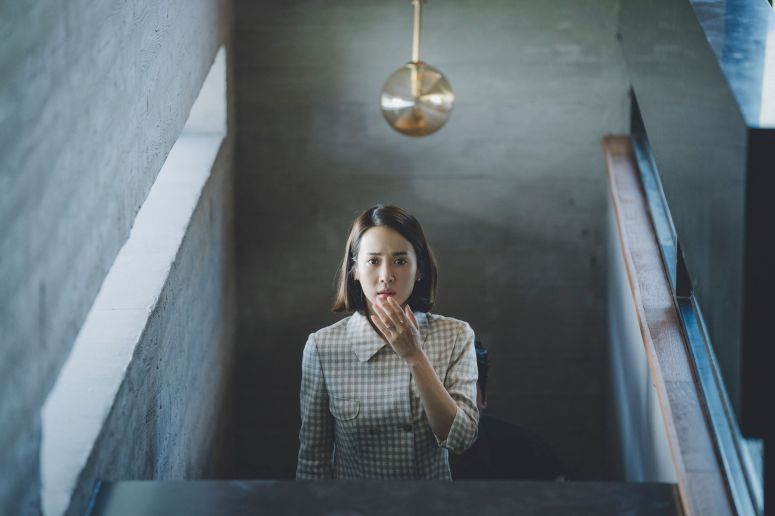 Sensing an opportunity for his entire family, Ki-woo would end up manipulating Da-hye’s vulnerable mother, Yeon-kyo (Cho Yeo-jeong). A gullible and nervous wreck of a person, she is putty in the hands of more experienced charlatans such as Ki-woo and his family, who eventually displace their entire support system, including the maid Moon-gwang (Lee Jung-eun) and Yoon (Park Geun-rok), their driver, through false pretenses.

What happens next is something of a masterclass in storytelling and plot, which is difficult to really get into detail without running the risk of spoiling the story. What I will say is that at the core of ‘Parasite’ is a critical exploration of the socio-economic divide that lies between the haves and the have-nots. This, of course, is not a situation particularly unique to the South Korean context, and in fact, it could be argued that direr examples could also be sought elsewhere. However, I quite like the idea of Bong Joon-ho training his critical sight on this context. The majority of Korean media, particularly those most popular beyond its shores, have often painted a picture of unparalleled prosperity.

This is not incorrect, but it would also be a fallacy to ignore those who fall between the cracks of inequality. In that regard, it could perhaps be argued that Bong is the one director out of the holy trinity of Park Chan-wook, Kim Ji-woon and his good self to have maintained the greatest consistency in this matter; it may be a little too simple to describe Park as the sensationalist provocateur, and it is also equally reductionist to simplify Kim as the most stylish of the lot. However, Bong, in films such as ‘The Host’, ‘Mother’, and ‘Snowpiercer’, seems to be the one most willing to directly tackle social norms from the working class perspective. 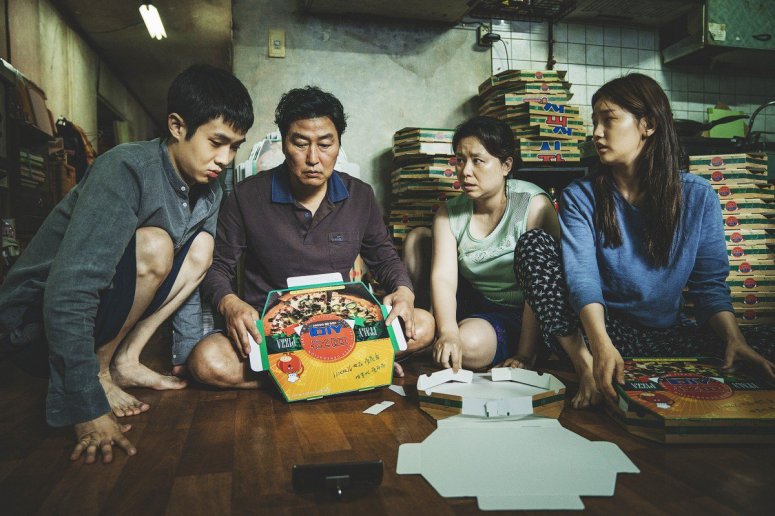 Indeed, ‘Parasite’ marks his return to Korean cinema after traversing more international plains with the aforementioned ‘Snowpiercer’ and ‘Okja’. This is aided by his longtime lieutenant Song Kang-ho, who maintains a winning everyman charm that could shift to something a little more sinister within the blink of an eye. I also like how such quick turnarounds could be noted through the usage of language, one in which the seniority of a person determines how they address others and are to be addressed. This power play through language is used to good dramatic effect, highlighting how the pendulum swings from one character to another. That is quite important in the context of a story built upon false appearances, sandcastles prone to a quick dissolution sooner or later, and the way in which Bong does this leaves little left to be desired.

Returning to the socio-economic discussion, the film’s title also raises the issue of who or which side of the economic divide is the true parasite here. On the surface, it seems that the Kims are the ones skimming off a living from the more affluent Parks. Yet flip that argument around, and you’ll find yourself being equally intrigued by the opposing view, that it is people such as the Parks who are the ones sucking the time, energy and skill of the working class for their own, more personal and selfish betterment. Whomever you side with, you remain the winner, as ‘Parasite’ does well to position both sides of the fence on the same side of the fence.

This is the crux of the film, one which belies a more universal discomfort not as often discussed as well as it is done here. Yes, there are plenty of films in which such issues are brought up, in which we are almost forced to identity with those rooted in poverty. Yet those tend to be a little more one-dimensional (as in, we see only one side of the equation), often leaving us with little choice other than to root for the underdog. More often than not, we are either waltzing through a wealthy wonderland a la ‘Crazy Rich Asians’, or taking brief walks on the wild side via the favelas of Brazil in ‘City of God’.

Yes, I am aware that I am cherry-picking examples from different films with different objectives from different decades. Perhaps it is I who need to get out and watch more films, to have a better idea of what’s what out there. All the same, I believe ‘Parasite’ to be a discussion of uncomfortable universal truths, one that is important and entertaining (I laughed out loud more than once) as it flits between flights of fantasy and a grimmer reality.