Adi Iskandar squeezes himself between all these films to find a gem of one.

When the film begins, we see text on screen. Typically, this may break the rule of ‘show, don’t tell’, one that many screenwriting lecturers up and down many countries emphasise. Yet what are rules if not there to be broken (or at least bent) one way or another? ‘Between Boxes’ is the kind of film that focuses on an important issue, one which requires the breaking (or at least bending) of different trains of thoughts.

What, though, is being primed for such interrogation? The filmmakers, a minimalist team of Dominique Teoh and Huiying Koh, take aim at bumiputera identity. This is the idea that a group of people regarded as more native to the nation are to be identified as such, along with the accordance of certain benefits and privileges. Though the official definition encapsulates a number of different communities, it is a concept often conflated with the Malays, meaning that one is almost as good as the other in the eyes of many.

We are, however, taken down a more specific path by both Dominique and Huiying, in which the locus of our attention is on Indian Muslim identity (colloquially referred to as mamak). They interview Dhajudeen Shahul Hameed, president of Federation of Malaysian Indian Muslims Associations (PERMIM), and try to get him to pin down the community’s population. I would have thought that such a number be upwards of a million at least (sizeable enough in a country with over 30 million people), but the number he suggested of 700,000 is one that is surprisingly low. 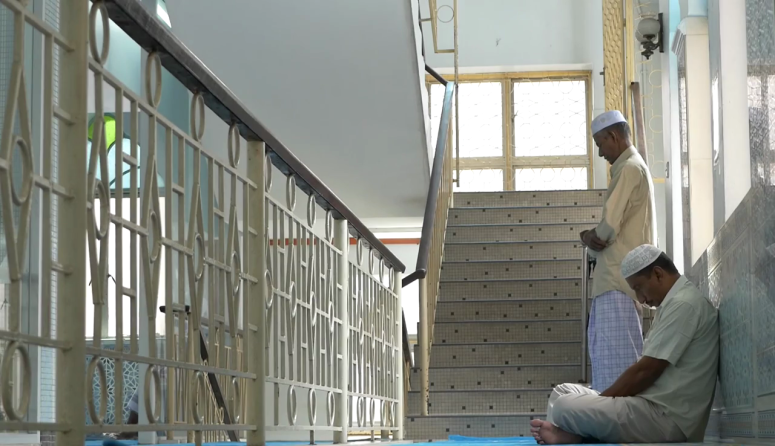 Dhajudeen contextualised this as being due to the quirks of classification, as well as machinations that erases legacies for political purposes. For instance, those who marry a Malay are officially deemed as a bumiputera, rather than a mamak. We should remember that this is a figure based on his own considerations, of course, but it is nevertheless disappointing to note. Why? Because I’ve always felt the Indians (and in this case, the Indian Muslims) to be among the most marginalised of mainstream communities in Malaysia.

The country is weird in the sense that almost every ethnic group has strains of self-victimisation. Working with official terms and starting from the biggest denominations, by this I mean the Malays, for instance, who, in spite of their large numbers in the government and other areas of polity, are wont to blame the Chinese for their dominance of the economy. Similarly, the Chinese, in spite of clear evidence of their own influence in such areas, look at what they don’t have, and point the finger back at others on affirmative action policies.

As for the Indians (and Indian Muslims), I see evidence of them everywhere, yet they don’t figure as much in the national conversation. Of course, this is none more prevalent than in the food industry, but a slight squint of the eye will enhance the focus, revealing them to be equally present areas such as the media, entertainment, and more. Of course, we’re speaking in very reductionist terms, which do not do justice to all the different specificities of a multi- nation such as Malaysia, but you get the gist of my perspective, and how it is being enlightened by ‘Between Boxes’.

Who do we identify as the cause for such situations? After all, in trying to work through a problem, there is a need to denote how it became one to begin with. Khoo Salma Nasution, a respected author on the matter, is clear on the point of origin for many of these issues. She identifies the colonial influence of the British, through which practices of classification were first implemented many years ago as a means of administrative ease, as key to this conundrum. Perhaps the Hindu Rights Action Force (HINDRAF), in trying to sue the Queen and the British government, was on to something after all.

Whatever it is, it is absolutely correct to identify the overarching influence of colonialism; half a century of emancipation doesn’t quite square with over 500 years of colonialism. It manifests itself in many different ways, and this is one of them. With a more progressive mindset, perhaps we can break free from such chains a lot quicker, but it seems that the erasure of identities has continued apace, even when those doing the colonising are only 35 kilometres away from Kuala Lumpur via Lebuhraya Sungai Besi.

To that end, this is perhaps what I believe the filmmakers are keen to put forth, even ‘Between Boxes’ doesn’t quite carry the firebrand spirit often associated with such activist films. In contrast to a film like, say, ’10 Tahun Sebelum Merdeka’ by Fahmi Reza, the film’s demeanour is a lot more chilled and laid back, more Sunday morning brunch in Bangsar than pasar pagi Ahad. I supposed Dominique and Huiying were relaxed in the knowledge that their research and facts will stand up to scrutiny.

In that sense, ‘Between Boxes’ serves as an important text that enlightens; I was not aware of the intracommunal conflict that exists between different groups of Indian Muslims over this very issue, for instance. The film could have also interviewed Farish A. Noor; it included a quote from him, and it thanked him, but my goodness, he would have gone to town on screen with his intellect and energy on this. Nonetheless, it remains successful in showing (even through words) how some discussions are worth having now rather than later.

This film was selected for the 2018 Freedom Film Fest. This year’s edition will run from 20th to 28th September 2019. Click on the link for the latest information.