Adi Iskandar finds himself being angry after watching this documentary from Agnes Padan and Lawrence Jayaraj.

Who is Kam Agong? That was the question on my mind when I first heard of this project some years ago. Being a Freedom Film Fest project, you can bet at that on some level, there would be some anger simmering due to a sense of injustice. I did not, however, expect to be this infuriated.

But we come back to the original question: who is Kam Agong? She was a woman from Long Semado, Sarawak. By all accounts a fine human being, she unfortunately passed before her time in 2002. Then aged 44, it happened due to complications arising from a caesarian section in giving birth to the youngest of eight children. He would only be a month old before Kam Agong died.

That would have been a heartbreak felt by both Agnes Padan, Kam’s daughter, and her husband, Lawrence Jayaraj. They direct this film, and, along with key members of the family, bare it all in no-holds-barred interviews filmed around Long Semado itself. For my part, I felt that the contrast between the beauty of the landscape and the sincerity of their words created a sensation appropriate for this film.

For the film itself was something of a sensation. Seen as one of the centerpieces for the 2018 edition of the Freedom Film Fest, there was a lot of buzz surrounding it, with the producers and filmmakers appearing on all sorts of media promoting not only the film, but what also lies beneath the surface. Peel back a little, and you will find a lot that is very uncomfortable. Why? Because in truth, ‘The Story of Kam Agong’ is the story of us.

Her death was directly connected to a form of medical negligence, and this became the Trojan Horse through which Agnes and Lawrence would critically consider the nation’s healthcare system(s). What is in their line of sight is Lawas District Hospital and its healthcare administrators and professionals (although the skeptic in me considers the usage of that term to be light). Beyond that, however, is a much bigger discussion about a malaise that has seeped in Malaysia’s subconscious.

I need to say that these are events occurring in complex and time-sensitive conditions. While we all have expectations of things being perfectly fine, unfortunately problems will arise every once in a while. What the film is attempting to do is not to ask for omnipresent perfection (although that would be lovely). What it wants to know is whether we are given every chance to fight for every life, and if that chance presents itself, whether the protagonists (i.e. doctors and nurses) did the absolute best they could have done.

That did not appear to be the case here. Instead, what I understand is a scenario of doctors, nurses and hospital administrators attempting to cover up their cutting of certain corners. I see the enactment of an omerta, a misplaced belief that if these villagers are continuously stonewalled, they might crawl back to the village they come from (many hours away). That was what infuriated me, a deliberate and systematic attempt at covering up their own bloody tracks. 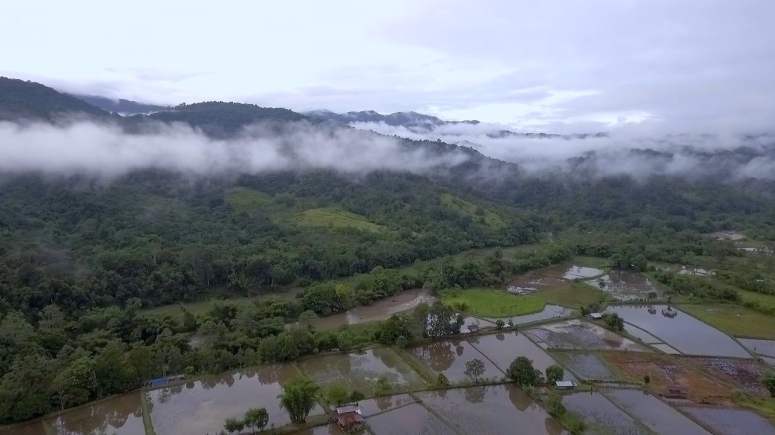 In July earlier this year, William Langewiesche wrote a damning article for The Atlantic, a thoroughly investigative piece looking at the missing Malaysia Airlines flight, MH370. In it, he interviewed a source, whose comments resonated so much with this case that I’m just going to copy pasta the whole thing here: “It became clear that the primary objective of the Malaysians was to make the subject just go away. From the start there was this instinctive bias against being open and transparent, not because they were hiding some deep, dark secret, but because they did not know where the truth really lay, and they were afraid that something might come out that would be embarrassing. Were they covering up? Yes. They were covering up for the unknown.”

It resonated because, as mentioned in the paragraph prior, unfortunately mistakes do happen because of human error. Sometimes, just sometimes, there is a lack of awareness or knowledge, due to a gap in the training or experience garnered by the practitioner. While it would not have helped with the pain of losing a loved one, I would imagine that on some level, most of us can get on board with the idea of human beings being human.

The problem here is that what happened was not humane. Yet it is merely symptomatic of a much more chronic condition: insecurity. It could very well be that all the relevant procedures have been followed, but such is the chronic insecurity we are afflicted with as a people that we fail to truly trust ourselves and the systems we have invested in. We fail to believe that we can be and do good, and that we can be and do better.

More to the point, we don’t, because there is a worrying failure to self-reflect, a process through which we could identify not only mistakes to be corrected, but lessons to be learned. What happens instead is that we kick it on, passing the blame and buck to others. I have half a mind to linking it to positive-discrimination policies begetting a crutch mentality, leading to us closing our eyes and ears, shouting: “Nothing to see here!”

Except that there is something to see here. A lot, in fact. Much to consider. Too much to feel. Why? Because Agnes and Lawrence have made sure that we care about a woman who has been dead for nearly two decades. As much as I discuss the bigger picture above, the path before us leads to the heart not only of the matter, but also of the person; in the eye of the grander hurricane of medical negligence, East Malaysian neglect and rural-urban divide lies the memories of a woman, a daughter, a mother, a human being.

This film made me angry, but the truth is that that emotion stops here. Beyond my words, I am but one of the masses, someone for whom ‘The Story of Kam Agong’ is merely a film that made me feel. Yet for others, the story of Kam Agong is a yesterday they live with every day. Much of the interviews are framed as such; even with only one subject, there’s space on screen for another person. Could it be that Kam Agong is there with them as they tell her story? I don’t know for sure, but I see this convention a lot in films denoting a spirituality unseen on screen (usually via a certain amount of headspace).

It is likely that little action will come from me, but it is hoped that the anger I felt is also one shared by others, those better placed and positioned to effect a real outcome. Malaysia actually has a fine reputation in medical tourism, yet it is an indictment on us that we can’t provide for our own. In one part of the film, Lawrence became particularly impassioned in his plea for the audience: “Children, sons, fathers, they must fight for this. Husbands must fight for this.” Human beings, fighting for other human beings, to be humane, kind, considerate, just.

You wouldn’t think it needed saying, but it did.