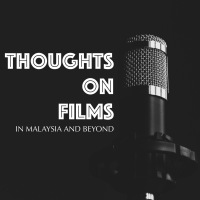 58 up! For this episode, Fikri and Ezzah sit down to have a chat about microdocumentaries. Inspired by Ezzah’s current professional obligations, the discussion includes videos produced by the likes of Vice, Vox, and anything else that begins with the letter V. Along the way, they consider the good, the bad, and the information colonisation of the genre, as well as various regional and local alternatives. All this and more on the only film podcast in the world where you are not required to laugh at Fikri’s jokes (but do so anyway)!