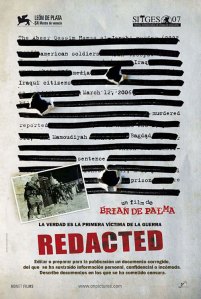 There is a growing number of Iraq war movies that’s been made over the past few years. A fair amount of them looks at things from the American perspectives; ‘Home of the Brave’, in particular, looks at the psychological impact of having been involved in such conflicts. The documentaries, on the other hand, casts a more critical look at the illegal war America is currently waging. It’s not particularly surprising, since America has a tendency to look back on themselves and their history. Take a particular movie from any particular weekend, and if you read deep enough between the lines, you’ll get a peek into an aspect of American society.

It’s not a bad thing, though, this mode of reflecting upon the self. Truth is, I think we ourselves could do with a fair amount of that. It is a comment made by a film director some time last year that stuck with me: “Malaysians don’t like to look at themselves on the screen,” he said (lectured would probably be more accurate, but no matter). “We like escapism, we like to laugh and watch our stars frolic in the movies. But we don’t like to look in that mirror.” 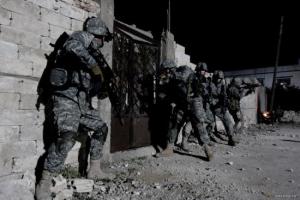 ‘Redacted’, in that regard, can be considered as a mirror that balances itself on the fence; neither a full-blown fictional account, nor is it a completely documentarian in nature. The purpose, however, is clear cut: to get the troops back home. DePalma has openly admitted to this. And the response, for a large part, has been just as open: you can visit www.boycottredacted.com if you want to know more about this. In fact, a simple Google of ‘DePalma Redacted’ will get you a fair amount.

But what is it all about? Not unlike the other movies, DePalma has decided to narrow his focus on the rape of 14 year old Abeer Qasim Hamza al-Janabi in March 2006 by American soldiers. However, it should be noted that it’s though it’s an almost like-for-like adaptation of the event, the names, locations, and other such details have been changed. Given that the soldiers were tried and convicted while the film was being done, it would have caused a fair amount of legal problems had DePalma forced the issue. 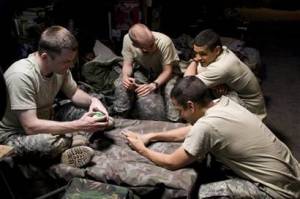 Not only was the event noteworthy for its brutality, but DePalma’s method of execution for this film should be applauded. I mean, this film is about as multimedia as a film by a major Hollywood player is about to get. 90% of the film is staged, but the method of the staging is not quite what you’d expect. The action is seen mainly from the point of view of Angel Salazar (Izzy Diaz), who got in the army to help pave the way for a film school admission. Thus, he spends most of his time with the camera, recording his team of Reno Flake (Patrick Carroll), Lawyer McCoy (Rob Devaney), and B.B. Rush (Daniel Stewart Sherman) as they go about their duties in the army. The first, and most prominent, is the handheld handicam method. You’ll have seen it used to much vomit-inducing effectiveness in Cloverfield. If anything, at times you might not be able to see anything, since some major parts of the film were shot at night. However, it is effective in placing you at the scene, so that you’re right at the guard station with the rest of them. Salazar would also secretly film the main talking point of the film, which doesn’t make for the most comfortable of viewings, to say the least.

However, unlike ‘Cloverfield’, there were also other methods utilised by DePalma to tell the story. They include security video footages, and as well parts that passes off as news reports. At times, I wonder if Paul Verhoeven flew in and took charge for one day (see ‘RoboCop’ and ‘Starship Troopers’). Most interestingly, internet video sites are also utilised, where the web page would be on screen, and viewers would be able to see the video, not unlike Youtube. We even have the Arabic Youtube, which shows recordings of the U.S. Soldiers being killed. I am not sure if Youtube itself has a Middle Eastern cousin (though I wouldn’t be surprised), and I wonder whether such footages are available there. And if there is one, then shouldn’t Osama be uploading his speeches there instead of mailing the footages to Al-Jazeera? 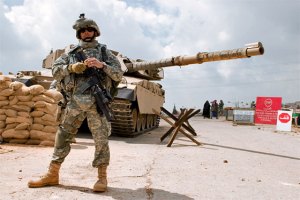 I only ponder that, because the director himself conceded that a lot of the films were taken from material available online. He protests against the mainstream media essentially focussing on the issues that is most sensational, rather than that which he considers to be true. In fact, redacted itself means ‘reedited’, as in the way that a story or an issue is reedited before being presented before folks as the truth. The ending slideshow of pictures of the victims of the Iraq war, downloaded from online by DePalma, are themselves edited, with the faces of the victims blacked out. This was done to avoid legal and sensitive issues, but the irony is not missed.

The movie has been roundly criticised by many as being, once again, anti-American. Somehow, I see the opposite: I see the exposure of the difficulty and the pressure that the troops are under. Though still being a fictional film (no matter how ‘truthful’ it is purported to be), it still allows us to visualise the small difference between the right and the wrong choice. I am talking about the scene at the checkpoints here, where the soldiers have to check through all the cars that go through the point to ensure that they aren’t planning on blowing themselves up any time soon. It is admittedly the most cinematic of all the scenes; there’s even an operatic score to go with it. I turn to see if Park Chan Wook took over for that day. DePalma captures, in a single setting, a situation in which you and I might have frozen (who is a terrorist? Who isn’t?), but soldiers are confronted with every single day, and where the wrong decision could easily lead to death. The sweat dripping down their face is a nice touch; you wonder whether it’s due to the heat, or to the anxiety. Or both. 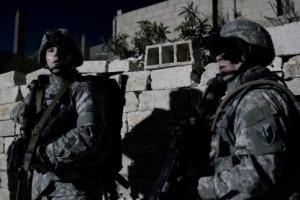 Heat, however, is what DePalma got over the past six months or so regarding the film. Having seen it, I consider that to be nothing more than hot air. After all, the incident as portrayed in the film is committed only by two members of the squadron, with the other two members actively trying to dissuade the perpetrators. Yes, air time is given to the natives as well, by way of the aforementioned news reports, but I see little that is anti-American or pro-terrorists. If anything, it’s an anti-war film, one that tries to balance both the viewpoints and the moral scale. Considering the limitations placed on the film (the $5 million budget, short filming duration, must use HD, since it’s financed by HDNet), I consider this a neat little film looking an a controversial issue in a fairly creative way.

My only problem with the issue is the fact that DePalma picked the issue to begin with. Yes, it is a meaty story, and yes, it is a current one. However, the incident occurred less than two years ago, with the judgements only recently handed down. I feel that DePalma and the producers did not really consider the feelings of girl’s family (extended, since most of her immediate family were also murdered in the same night), and the feelings of the locals. Though I think that more of real events can and should be portrayed on screen, there should be an extended grace period between the event and its creative cousin. ‘World Trade Center’, for example, came out five years after, and it still ruffled some people’s feathers. Though it is relatively well done, I don’t think this film should have been made. But that’s just my personal opinion.

How you view this movie, then, depends on yours.