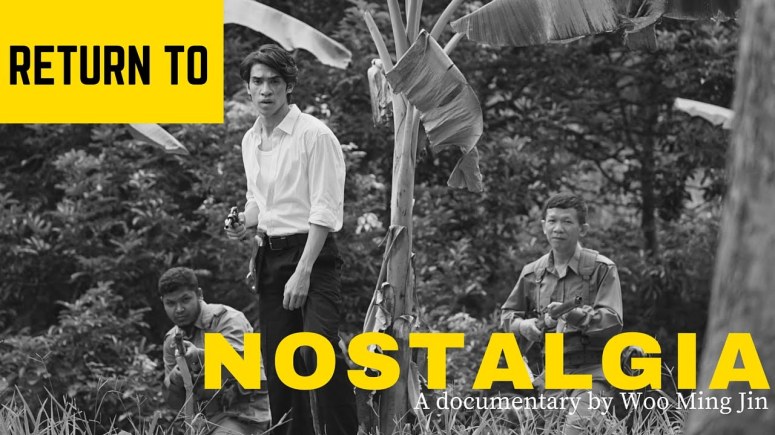 In watching Woo Ming Jin’s ‘Return to Nostalgia’, Ezzah Mahmud can’t help but be swept away by memories of more innocent days.

When I started watching the film Return to Nostalgia, I was teleported back to my first memory of having been able to enjoy a film in a classic cinema hall back in 1999. The one-hall Cathay Cinema, situated on Penang Road in Georgetown, Penang, holds so much nostalgia and memories that I’m sure it will not be forgotten, especially by the Penangites. As I grew up in a cinephile family, I have been nurtured to always be appreciative of films, particularly local ones. I also believe strongly that this documentary, directed by Woo Ming Jin, is the perfect homage to the undoubted admiration many held for ‘Seruan Merdeka’, regarded to be a lost masterpiece due to unavoidable circumstances, leading to lasting repercussions.

The documentary starts with Ming Jin’s voice, soothingly sharing with us his experience of coming to the majestic Capitol Theatre in Malacca when he was merely a kid. At the same time, the visual of that same building, now abandoned, grace the screen. I can really feel the overall ambiance and melancholy of the place. The director has successfully made his point, pulling at our heartstrings with regards to this. This sets the trajectory of this film’s direction, preparing the viewer with a dose of history before moving on with the narrative.

‘Return to Nostalgia’ shares with us the importance of ‘Seruan Merdeka’. Produced in the year 1947, Ming Jin and his team are on a quest to discover where it could be found again. The film itself is very historical, regarded as a key film text in announcing the emancipation of Tanah Melayu from the British, following Japanese occupancy. B. S. Rajhans, another key figure in Malay film history (having directed ‘Laila Majnun’), is the auteur behind this effort. However, upon its release, the film was deemed to be unsuccessful, due to an obvious departure from the filmmaker’s previous film styles, as well as the timing itself. 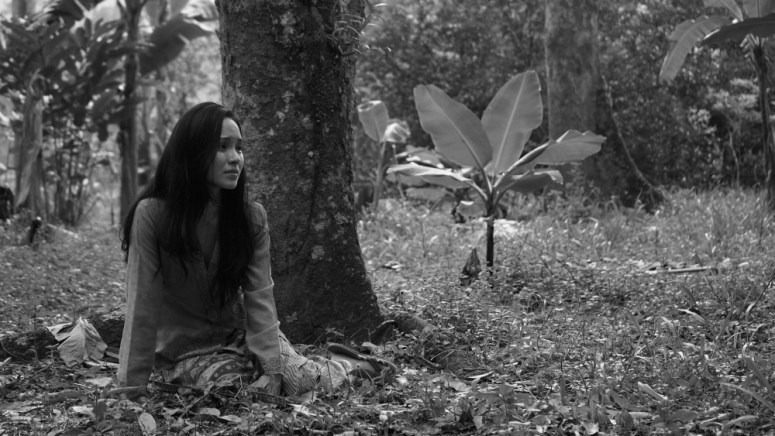 The film manages to tie up the story arc, making it full circle upon its conclusion. This means that Ming Jin begins with a quest, searching for the boon that is the lost masterpiece. It could be argued that by the film’s end, he would not come home empty-handed. The audience follow Ming Jin on his journey, which includes many interesting intersections and deep, heartfelt conversations. From film historians and archivists, to world war survivors and the last known audience member to have seen ‘Seruan Merdeka’, you can certainly see the extent to which Ming Jin goes in trying to find the film.

The audience is also served with several elements of surprise, moments that make you go, “Yay! Go team!” This is in spite of your status as an observer of this inter-diegetic piece, highlighting the film’s potential in making you feel involved. It is a sentiment shared across the fourth wall without you realising it. An obvious example is when Ming Jin and his team searched for the film without much success. Yet, as they would discover later, ‘Seruan Merdeka’ is actually based on a novelette, and the objective changed towards searching for that original source instead. However, when they discovered that the book is actually a novelisation of the film… voila! This is a win moment, because, though the film itself remains ‘lost’, getting hold of what amounts to a form of the film’s screenplay also opens up other doors of opportunity. This is an example of a lucky story arc that further propel the film to a winning light.

‘Return to Nostalgia’ has made the patriotic side of me fall even more in love with my country’s history, and the sentiment that it manages to inject into its story shows an appreciation that it wholly deserves. The selection of featured visuals throughout the film was also very pretty and meaningful. The structured and well-paced editing really held me in, and I didn’t for once zone out from it.

In conclusion, ‘Return to Nostalgia’ levelled up perfectly to its name. It is filled with values and elements that one should uphold and cherish. It’s a feel good, flavourful documentary film that can (and should) be watched with friends and family.