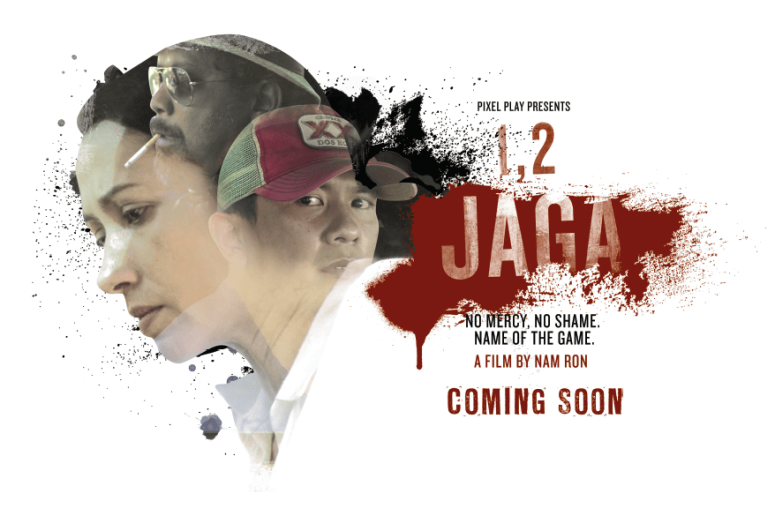 If there’s only one reason that ‘One Two Jaga’ is important to Malaysian cinema, it is that never has Malaysian police corruption been put on our screens in such a graphic and rivetingly realistic manner. True to his trademark style, Nam Ron continues to do what he did in his debut digital feature, ‘Gedebe’ in 2003, then with 2008’s ‘Gadoh’ (co-directed with Brenda Danker), and ‘Jalan Pintas’ three years later.

Police corruption had always been there in the country, but filmmakers were not allowed to show it, because it would ‘make the police force lose its credibility with the public’. It is heartening that the police force’s 11-page comments at the censorship stage did not do any damage to ‘One Two Jaga’. Kudos to Polis Diraja Malaysia (PDRM) and the Censorship Board for allowing this film to get through as it is. Obviously, this must be in line with the Pakatan Harapan government’s stand on the evils perpetrated by the previous regime on the populace and civil service, with the ‘I help you, you help me’ ideology, from further damaging the nation.

The film’s gritty realism is in stark contrast with the image of the police in Hafsham’s ‘Mekanik’ in 1983. In that film, Malaysian police are seen to be benign, helpful and mild mannered. How times have changed! Shuhaimi Baba was the earliest to explore the issue of the corruption of politicians, specifically of the United Malays National Organisation (UMNO), in 1995’s ‘Ringgit Kasorgga’. She showed that party’s flags and logo as they were. And of course, the Censorship Board then had to jump in and do something about it. Shuhaimi was forced to reshoot the scenes, substituting it with some fictitious political party’s moniker.

Nearly a decade later, Yasmin Ahmad alluded to police corruption in ‘Sepet’, obviously being careful not to step on the wrong toes. Saw Teong Hin, Prem Nath and Nik Amir also do the same in the recent ‘Rise, Ini Kalilah!’, albeit a little too ambiguously. With the directive to not show people with honorifics as the bad guys on screen, Malaysian filmmakers could not bring realist approaches to the screen.

But Nam Ron is not one to kowtow to anyone. Making ‘One Two Jaga’ during the previous regime of Najib Razak, he stuck to his guns and played a Dato’ who is as nastily corrupt as can be, thereby giving all straight Dato’s a bad name! This Dato’ and the corrupt police chief in the film are people who are already well-off and hold prominent positions, yet they were up to no good with their greed. Nam Ron goes on to show the contrast between them and all the other characters graphically, and in dramatic irony.

Their milieus are starkly different. The audience can see the comfortable life of the Dato’ and the corrupt police chief, as opposed to the squalor of working class Malaysians and immigrants from Indonesia and the Philippines, who are constantly at the mercy of the police (and others) in order to survive in present-day Malaysia.

Hussein (Zahiril Adzim) is the idealistic young policeman who is caught in between these two extremes. Unlike the difficult-to-corrupt protagonists in the Hollywood features, ‘A Most Violent Year’ in 2014 and this year’s ‘Gringo’ (and their successful end in the films), Hussein gets caught up in a maelstrom. His end is tragic, and it is all the more so that it is at the hands of his own organisation. Here, Nam Ron shows his pessimism of the system. But both he and his producer, Bront Palarae, do provide some hope. The senior police officer (played by Bront himself) is seen as being silently opposed to the corruption in the police force. He initiates the final action to incriminate his corrupt officer.

With ‘One Two Jaga’, Nam Ron and Bront have taken a small but important step for the people of Malaysia. The film is an entertaining one, with something important to say – enough is enough. Corruption needs to end. For our young filmmakers, this may very well be an opportunity to start a movement for speaking out against the corruptors who are retarding the progress of the industry and the country.