Elise Shick reflects on her experience in A Working Title 2018-2019 film programming workshop, and considers the Malaysian context.

In August 2018, I was lucky enough to be selected as one of the six participants to take part in A Working Title workshop – a training and development programme for film curators and screening professionals organised by Japan Foundation Asia Center (JFAC). The five participants included Alexander Matius from Kinosaurus of Indonesia, Patrick Campos from UPFI and Jo Andrew Torlao from Film Development Council (both from the Philippines), and two representatives from Japan (Toru Endo from Yamagata International Documentary Film Festival and Kanako Nakanishi from Kawasaki City Museum). We spent nine days in Tokyo attending intensive lectures and screenings under the mentorship of film critic and film programmer Chris Fujiwara, and the festival director of QCinema, Ed Lejano.

For my part, I had previously programmed some films in Cinephilia (based in Kuala Lumpur), but the experience itself wasn’t sufficient for me to claim myself a programmer, without really cultivating the practice and ideology from its very core: what is film programming?

On the first day of the workshop, Chris Fujiwara delivered a lecture, focusing on film programming as contextualisation. Film programming isn’t all about curation. Insights into finding different approaches to create ‘context’ were discussed and debated. Among the contexts, we’d consider the nature of the space, who the audiences are, when the films will be screened, why it is necessary to screen the selected films, the country’s cultural aspects and political circumstances, and the meta-dialogue and intertextuality between the selected films. Among a plethora of other factors, the above are the basic determinators of the “context(s)” and settings of a programme before it takes shape. 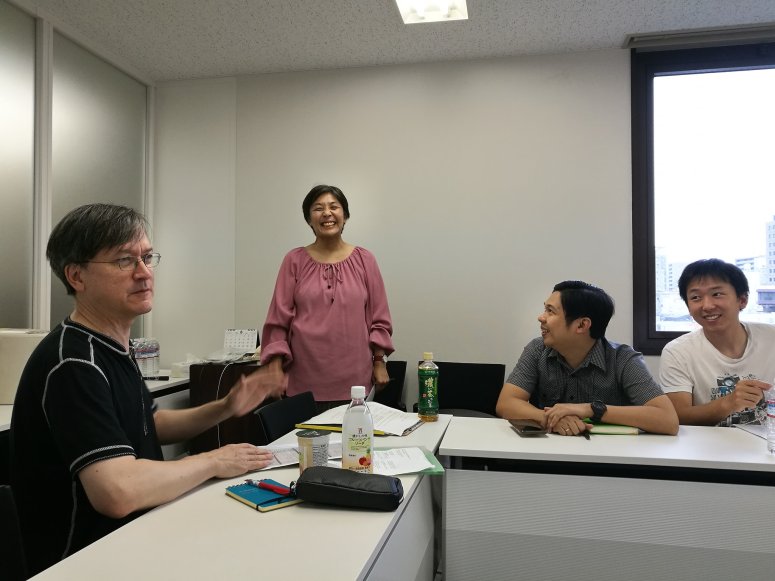 Designing a programme is not all a film programmer does. A film programmer is also in charge of tedious administrative work, such as obtaining screeners, dealing with screening rights and fees, shipping arrangements, and, at times, the negotiation of screening terms and conditions. Ultimately, film programming is a deliberate design with an underlying premise, whether or not it serves to achieve a specific ‘goal’.

The role of the film programmer as a gatekeeper was followed up by the issue of ‘ethical responsibility’ that a film programmer should have come across at the most fundamental level. Through design, the context(s) given can sometimes limit the parameters of how certain films can be interpreted. The sequence of films forms a narrative within the programme. For example, watching some films before others can, with or without intention, dictate how the latter are interpreted and felt. It also influences how the former is re-interpreted and felt. However, we must not deny the fact that each audience carries a different cultural background and personal experiences. These two elements are so strongly intertwined with the process of watching and ‘feeling’ a film that they give way to possible interpretations, perhaps even to rebel against or function outside of the context(s). Most importantly, a film programme (certainly a well-thought-out one) opens up another space for speculations, henceforth allowing new encounters with films, and the re-exploration of films.

On the second day of the workshop, we made an excursion to Mori Art Museum (MAM). We were there to study the installation ‘Synchronicity’ – a collaborative artwork by Apichatpong Weerasethakul and Hisakado Tsuyoshi, where the former dealt with the dreams, memories, ghosts, folklore, and political movement of the Northeast Thai region of Isan, while the latter re-created the historical events using computerised light, sounds, and wind. We benefited from the excursion by extending a little of the trip to watch a series of Akino Kondoh’s animations that were screened simultaneously at MAM. 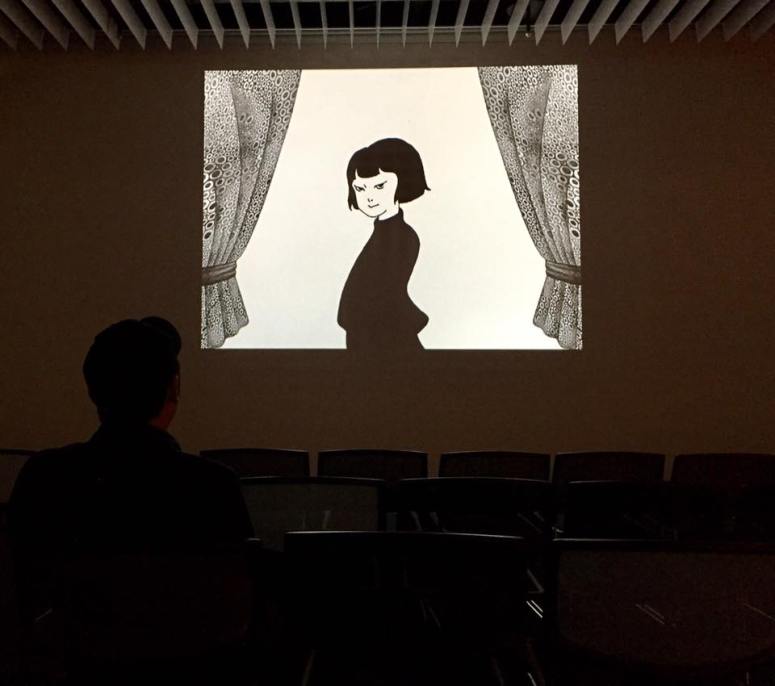 There was also a lecture delivered by Aaron Gerow, an associate professor at Yale University in the United States of America. He specialises in both Japanese cinema and East Asian languages and literature, and his session shed more light on the history of Japanese experimental films. It was conducted alongside a screening of Japanese experimental films in chronological order, dated from the 1960s. We were introduced to 14 remarkable experimental filmmakers, ranging from the likes of Eikoh Hosoe, Donald Richie, Shuji Terayama, and Jun’ichi Okuyama, to Hiroshi Yamazaki, Toshio Matsumoto, Takashi Ito, Keiichi Tanaama, Taku Furukawa, Nobuhiro Kawanaka, Hiroyuki Oki, Junko Wada, Takashi Ishida and Atsushi Wada.

Their works were revisited through the lenses of political movements (especially during post-war period) and development in art scenes that marked the glorious times of Japanese experimental films. Some films were made to rebel against the authority, some represented the artists’ voice, while others experimented with filmmaking and created breakthroughs using the medium. After the lecture, I grasped the background of how the beginning of Japanese experimental film transitioned to the birth of the digital age, through the evolution of Japanese underground cinema, structural film, art animation, diary film, and female filmmakers in 1990s. Our task was to design a program from these films, and present them at the mini-symposium.

A Working Title workshop took place in conjunction with the 32nd Image Forum Festival. Most of the activities were held at Shuji Terayama Hall at Image Forum, Shibuya. Koyo Yamashita (one of the directors at Image Forum) gave us an introduction to Image Forum, and how has this cinematheque progressed since its inauguration in 1987.

We were honoured to meet the founder and president of Image Forum, Katsue Tomiyama. Now in her 80s, she is still actively engaged with a lot of events taking place at her organisation. We saw her every day in her shiny red sneakers, supervising the staff and talking to people. Purely from the interaction with the staff and audience members, Katsue-san opened up my eyes to her dedication and passion she has for Image Forum, all because of the love for cinema.

The six of us were also given the opportunity to be a mock jury at the festival. Apart from attending lectures, talks, and networking parties, we spent our nights watching films competing in the East Asian competition. Thanks to this opportunity, we learned both the fulfilling and heart-rending moments of being a juror. Some films are too good, to the extent that we had to give them up to come to terms with the vision of this festival, hoping that they will win awards at other festivals; some almost made it to the borderline, and needed a push. Since each of my team members had silently nominated one or two films, we spent the evening discussing rigorously which films to select and forego. The dilemma of giving a chance to the high-potential ones or the excellent ones made the decision-making even tougher.

The mini-symposium was held on Sunday 12th August at Image Forum. The hall was packed with film critics, filmmakers, staff members from JFAC, and the public audience. Aaron Gerow was sitting at the far corner of the hall, looking attentively at our programming notes and the selection of films (which included the works of Takashi Ishida, Atsushi Wada, and Taku Furukawa, amongst others). We had Chris Fujiwara acting as the moderator, aided by the translating skills of Asako Fujioka. Before presenting our programme, the six of us talked about the situation of independent cinema in our home country.

That segues to the film programming scene in Malaysia. In my opinion, this field of expertise is lacking professional training and education, resources and manpower, as well as the sensibility at the public’s end to watch something that’s not in the mainstream cinema. Going beyond facing financial problems, independent screening spaces fail to be self-sustainable in terms of upkeep, and getting the crowd to attend such screenings. Some audiences still believe that films are nothing more than an entertainment. Even worse, some audiences actually confuse the film programmer with the film producer or director!

Having said that, I believe that this is no one’s fault, because every party plays a part in nourishing a culture, and the ecosystem in my home country is not ready yet to evoke a sense of understanding in this field of expertise. It is a long-term struggle for independent cinema to grow in Malaysia; the matter lies not on how we start it, but how to keep it going. With the emergence of different screening spaces in recent years, I believe that we can make a move forward by focusing on how to consolidate different organisations and efforts, bringing the crowd together rather than paying attention to only what’s happening in their own organisation.

My time in Tokyo was fruitful, and I was enriched by what I have seen, learned and felt. The crowd of audiences and filmmakers who attended the mini-symposium, screenings and Image Forum Festival ranged somewhere from 20 to 80 year-olds. Both young and elderly people are actively making experimental films, as well as participating in competitions. Filmmaking is not something that this crowd pursues when life is comfortable, or when making a living is easy. It is something that’s ingrained in their everyday lives, and it is sometimes used to address uncomfortable issues.

I would like to thank Atsuko Morimune from JFAC (for working hard and taking good care of the participants and mentors), Asako Fujioka from Yamagata International Documentary Film Festival (who acted as the observer and translator), Chris Fujiwara, Ed Lejano, fellow participants, and the new friends I made in such a short time. A Working Title workshop is ongoing, and part two will take place in March 2019 in Manila, the Philippines.

Originally published here. Elise is currently a producer at Kuman Pictures. Click on to find out more about A Working Title workshop.