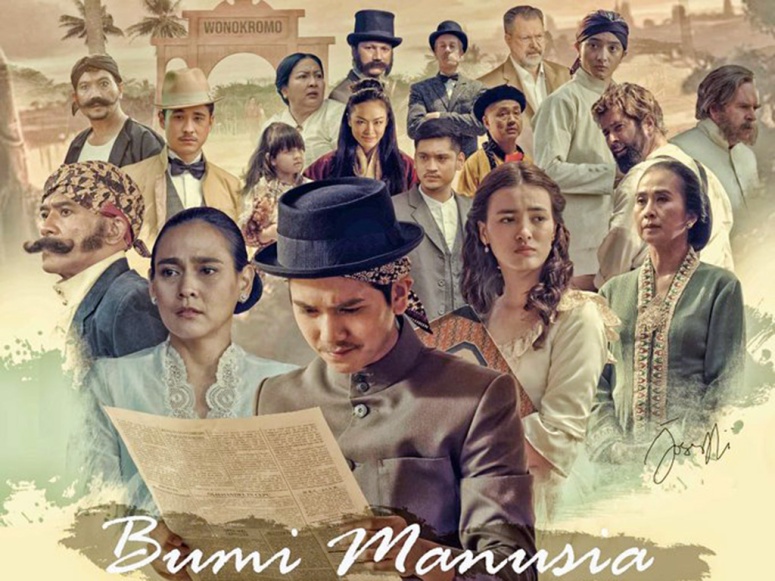 This weekend, on Saturday 17th August 2019, Indonesia will celebrate its 74th Independence Day, marking its moment of emancipation from previous colonial powers such as the Netherlands and Japan. While there will no doubt be some recollection of the battles of yesteryear, forming the foundation of nationalism in the country, the weekend box office will see a big fight in its own right.

As the rest of the global box office descend from the highs of summer blockbusters such as ‘The Lion King’ and ‘Hobbs and Shaw’, a slowing down parallel to the American summer holidays, Indonesian audiences will be treated to not one, but two big-budget, high profile adaptations of nationalist texts. Led by well-regarded directors, and not lacking in star power, there will be keener attention paid towards the domestic cinematic landscape than usual.

In one corner, we have ‘Bumi Manusia’, a story which directly positions its Indonesian protagonist, Minke (Iqbaal Ramadhan), against Dutch colonialists in the earlier part of the 20th century. Having fallen in love with Annelies (Mawar Evan de Jongh), a mixed Dutch-Indonesian girl, it’s not difficult to figure how out this film will play on the audience’s nationalistic sentiments via a Romeo and Juliet scenario.

‘Perburuan’ stands tall in the other corner, with Adipati Dolken flexing his acting muscles in readiness. Directed by Richard Oh, the story features our protagonist, Hardo, (the aforementioned Dolken) as a freedom fighter/fugitive, hunted down by Japanese soldiers occupying Indonesia at the time. The action appears to take place around the time of the proclamation of independence, layering the film with a more obvious nationalist character; if ‘Bumi Manusia’ has the Dutch as the antagonist in a more personal sense, here it is the soldiers of the Empire of Japan who are the evil ones.

All this is quite intriguing, because both films are adaptations of Pramoedya Ananta Toer. Arguably the most-well known of Indonesia’s long list of artists and writers, this is a man who has been incarcerated numerous times by both the Dutch and his own government in the post-independence era; indeed, both texts here were written or dictated in captivity. Born and raised within a more colonial context, it is no surprise that his works have been imbued with a sense of nationalism that inflamed passions to fight against oppression.

Of the two, ‘Perburuan’ was first published in 1950, but it is ‘Bumi Manusia’ that gets the most attention, extending his fame far beyond national borders; in an interview with our sister publication CQ Magazine, Malaysian filmmaker Mahadi J. Murat described the book as one he admires the most: “He is a very sharp writer, and his language attracts me, as each sentence has meaning, not only on the surface but also beneath it,” he said. “This is important if we connect it to the pattern of cinematic writing, such as screenplays.”

For members of other, perhaps younger generations, they may well be more interested in the names above the line. Both films are led by some of the brightest young bucks of Indonesian cinema. Adipati Dolken, for instance, first came to our attention in Edwin’s ‘Posesif’; having built a career in television through a variety of sinetron shows, he showcased a certain stoicism that is both charming and scary at the same time: “It’s surprising how a slight shift in perspective is enough to make Adipati Dolken appear more menacing than I thought possible.”

Appearing a little more boyish than Dolken, for many Iqbaal Ramadhan himself will not be lacking anything in particular. Having already garnered a following through his music career as a child performer with CJR, he broke through into the upper echelons of Indonesian cinematic and celebrity culture, with a star turn as the lead male character of ‘Dilan 1990’. Released last year, it was a box office sensation, leading the year’s box office with over six million admissions (practicality doubling the total for the runner up, ‘Suzzanna: Bernapas Dalam Kubur’). Its sequel, ‘Dilan 1991’, was also well-received, and the city of Bandung (set as the location for the story) was so proud that 24th February 2019 (when the film was first released) was proclaimed Dilan Day. 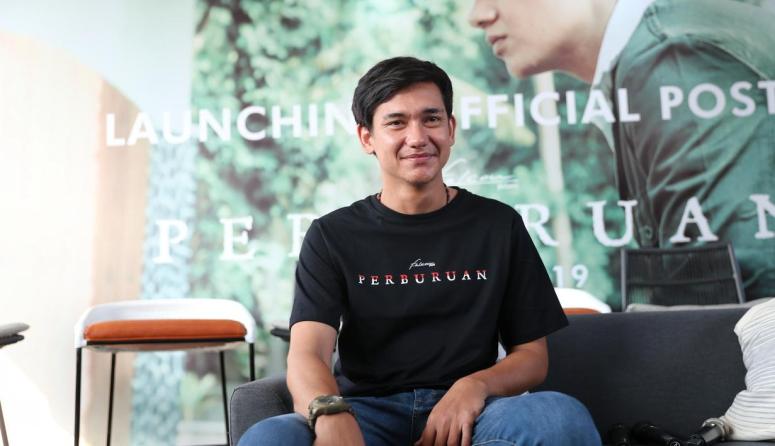 As such, while both performers are well-regarded in their own right, together it makes for a box office special because of the tittle tattle of celebrity culture. While we are not particularly invested in such stories, there have been reports and rumours of a falling out between both stars. This stems from Adipati Dolken and his ex-girlfriend, Vanesha Priscilla. Both starred in ‘#TemanTapiMenikah’ (featuring Iqbal in a meta-cameo as a popular singer), and this did not sit well with Iqbal. Why? Vanesha was Iqbal’s co-lead in both Dilan films, during which time they were rumoured to be dating as well. Again, this is not what this website is entirely about, but not noting how such intertextuality may play on the minds of audiences would be somewhat irresponsible.

For our part, we are more interested in the filmmaking side of things. This is where it feels like ‘Bumi Manusia’, in the hands of the more accomplished and known Hanung Bramantyo, seems like a greater promise of cinematic and box office success. One of Indonesia’s leading directors, he has made historical figures and period pieces the centerpiece of the latest stage of his admirable career. After having focused on the likes of Soekarno and Kartini, this film seems like it’s a logical next step.

Do not take this as my disregarding of Richard Oh’s filmography at all, for he is not without his own experience and pedigree. However, much of the above is coloured by my lack of familiarity with his works. A little dig around the Internet reveals Oh to be a man who can make a little stretch a mile. In praising his independent film, ‘Melancholy is a Movement’, Yuliasri Perdani writes in The Jakarta Post that the film “presents powerful quips and reflects the ironies of the country’s chaotic and unpredictable film industry and the melancholy of filmmakers and actors.”

In the case of Hanung, however, it feels like such a big-budget production, based on such a beloved text, is in safer hands. As the Dutch is also the last colonial power to relinquish their hold over the country (only retroactively recognising in 2010 Indonesia’s declared independence in 1945), memories of their cruelty is probably something that rings a little closer to home. All the same, bearing in mind the history of the country and the atrocities committed by these two colonial powers, I have absolutely no doubt that every little hit, punch and kick will be felt just that little bit more to certain members of the audience.

Whatever it is, I don’t imagine many people will complain. After all, it is not often that such great works by such a celebrated author is released at the same time, whatever the context you can think of. Of course, such comparisons can never be the most balanced or impartial, but all is far in love and (cinematic) war, particularly if it is a fight where audience members like you and I are the likely winners.

And the production company, Falcon Pictures, of course; both films are produced by them.