These Buzz pieces really are like London buses; we’d go ages without one, and now you’re reading two of them consecutively. As we did a piece sharing our excitement about two Indonesian films hitting cinemas this coming weekend, it’s perhaps only fair that we train our attention on the home front. It’s a good thing, because coming up at the end of August is a really cool looking film called ‘Shadowplay’.

Directed by Tony Pietra Arjuna, the film follows the story of Anton Shaw (Tony Eusoff). He takes on a case to find a missing student, Lamya (Juria Hartmans). However, as is the wont for these films, in trying to solve the mystery in front of him, he can’t help but delve deeper into his own, being forced to face a history he tries hard to forget.

I must admit that looking up information about the film is not as easy as you would think. A big part of that is to do with the fact that a number of other films have the same title, rendering a Google search not the most accurate of sources. For instance, there is a Chinese film called ‘The Shadow Play’, which was released last year. There is also a mid-1980s American film called ‘Shadow Play’, while a little closer to home, Indonesia is not to be left out, with a 2003 documentary, ‘Shadow Play’ historicising its own independence.

So in that regard, perhaps this can be seen as a form of public service, creating more content on a film that perhaps deserves more than a little attention. Certainly the director, Tony Pietra Arjuna, is worthy of such a showcase. With a relatively extensive background in television and commercials, he comes to the table equipped with all the technical knowhow in making the visual look good. And boy, does it look gorgeous; a quick flick through the trailer reminded me of the films of Nicholas Winding Refn and, funnily enough, ‘Kung Fury’. The truth is probably somewhere in between.

That’s not to say that it’s all superficial with our friend Tony here. He has also made films such as ‘Cuak’, and the record-breaking ‘The Train Station’. Having said that, those films are all co-directed efforts (‘Cuak’ had four directors, while ‘The Train Station’ featured 40 from 25 countries!), so perhaps it’s not quite so easy to discern what his actual and singular vision may look like. It helps that other names familiar in the independent scene, such as Khairil M. Bahar and Isazaly Isa, are on hand to provide support, though it must be said that it is a little weird to see Isazaly’s name under a banner that does not say ‘editor’.

Not that any of this should be particularly surprising, mind you. A long time ago, we wrote about this group of filmmakers breaking relatively new ground in the context of Malaysian cinema. The label I had given them back then was that they were part of the Malaysian Urban Wave, but putting aside that cringeworthy effort, the fact remains that this is a group of people who work primarily in the English language. In spite of Malaysians’ general familiarity with English, it has remained largely on the periphery when it comes to cinematic representations, even if these films and filmmakers portray “a slice of society rarely seen in Malaysian cinema.” Four years on, there is an increasing diversity in terms of representation and language. Change, after all, is the only constant, and it is good to see that ‘Shadowplay’ will continue further along this particular trajectory. If anything, given the film’s worldwide release through digital platforms such as Vimeo, it could be argued that English will give this film legs for audiences outside of Malaysia .

Of course, a big part of that comes from those in front of the screen as well. We’re particularly excited to see Tony Eusoff in a role he could truly sink his teeth into. It’s intriguing that given the timeframe of these releases, he is also featuring in ‘Revenge of the Pontianak’ (co-directed by Gavin Yap, who has a role in ‘Shadowplay’ as well). We must admit that while he has been active in other areas, when we see Tony our mind rewind all the way back to 2010 and ‘The Invigilator’. Directed by Manesh Nesaratnam, Tony’s portrayal as a teacher showing a newbie the ropes on her first day in school was memorable, and one that influenced my own exam-invigilating days in a previous university. 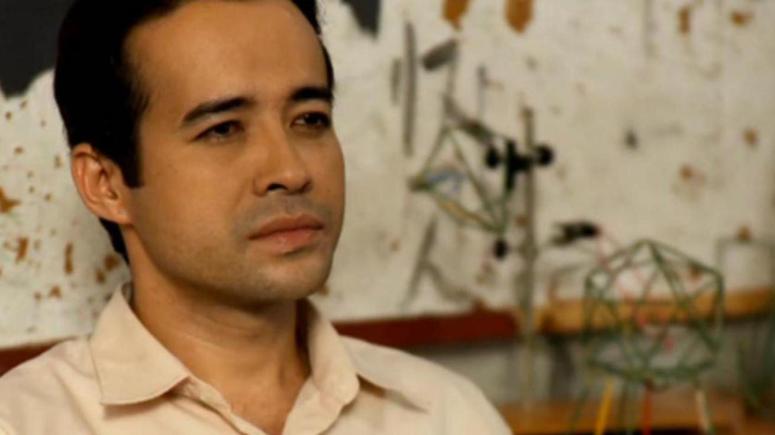 As such, it’s great to see that he’s being given a proper role to truly make his own. In an interview with Homme, he admitted that this is the most amount of screen time he had. “‘Shadowplay’ is rare in that I’m in almost every shot,” he said. “It’s also the first neo-noir experience for me, and perhaps for most on the project.” Being given the rope to explore yourself in new terrains is always exciting for an artist, and I am very keen to see what he has cooked up.

He is backed up by a slew of performers, ranging from the newcomer Juria Hartmans to urban wave staples such as Susan Lankester and the aforementioned Gavin Yap; Megat Sharizal is in there as well, just in case we forget that this is an independent Malaysian film. Personally, I am also excited to see Stephen Rahman Hughes. I first became aware of him through ‘Hikayat Merong Mahawangsa’, but in researching for this piece, I figuratively fell off my literal chair to discover he has a recurring role on EastEnders. I have not kept up to date with that show since the days of Grant Mitchell, Ricky Butcher, and of course, Pat Butcher and Peggy Mitchell going hammer and tongs at each other. “You bitch!” Whack! “You cow!” Boom! The thought of him traipsing around Albert Square is quite delightful.

Of course, that is neither here nor there. What is certain is that this is a film I’m looking forward to not just because of its interesting storyline and the compelling people behind and in front of the camera. For me, it seems like Tony has spent ages working on this film, and as I have covered above, this is a person backed by a team who knows how to make their films their own way. He has been directing for a while, of course, but what I know of him and his vision is largely composed of fractured pieces of narrative, instead of singular wholes. Given that this is a solo directorial effort, I am keen to discover what the term ‘A film by Tony Pietra Arjuna’ truly means.

Featured image credit: You Work For Them

3 thoughts on “Neon Dreams – On Shadowplay”