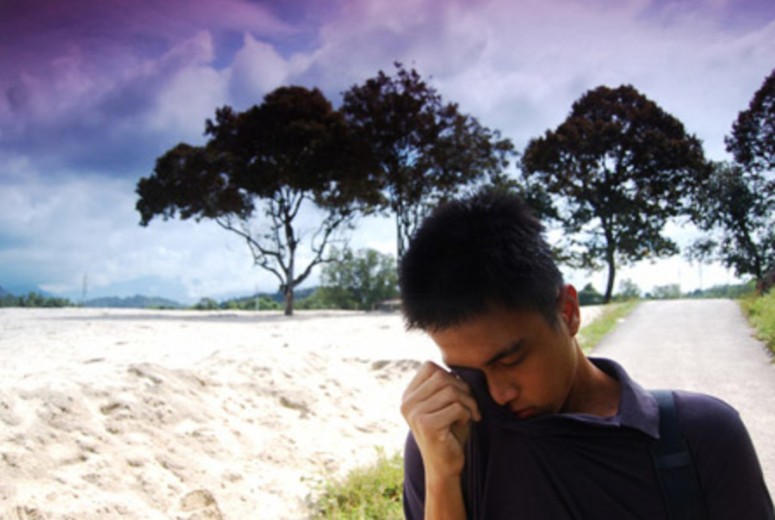 Invited to submit a ranking of the best Malaysian films, Fikri Jermadi shares his thought process on his longlist.

Recently, I was given the chance to take part in a ranking of the top ten Malaysian films of all time. Run by the Pusat Kajian dan Apresiasi Filem (PKAF), selected persons were invited to submit their list. While I was appreciative of that opportunity, the very limited time frame within which I was both informed of it and had to respond by meant that I had to be very reactive with my choices, relying more on instinct, feel and the Force more than anything else.

I ended up creating a longlist, which I whittled down to ten, before ranking that final selection. It proved to be incredibly difficult for the aforementioned reasons, but that lack of time may well have helped to move me further along, for I may still be dithering over the selections even until now. Having gone through that, I thought it might be fun to share with you my thought process in doing so.

My biggest concern is that, while I have indeed seen a wide range of Malaysian films, I may well fall victim to factors such as recency bias and a shifting list of priorities (emphasising a film’s importance over its actual quality, for instance). I may also be more inclined to select films that reflect more of my own politics, and maybe even pick an obscure film, just to validate my hipster status. The following is the unranked list of the films not selected for the final shortlist.

First up is ‘Rain Dogs’. Directed by Ho Yuhang, it is a film that was produced by Andy Lau’s production company, back when he was dishing out micro production budgets to filmmakers in the region. I remember watching this film at the 2006 Busan International Film Festival, in which I found myself being captivated by the slowness and stillness of that film. I was in the midst of discovering a new film world, one in which commercial considerations were not as key as artistic ones, and that may be the reason why this film is on this list. Yuhang would go on to direct other films of quality, such as ‘At The End of Daybreak’, which I had to make sure I wasn’t mixing up with this. 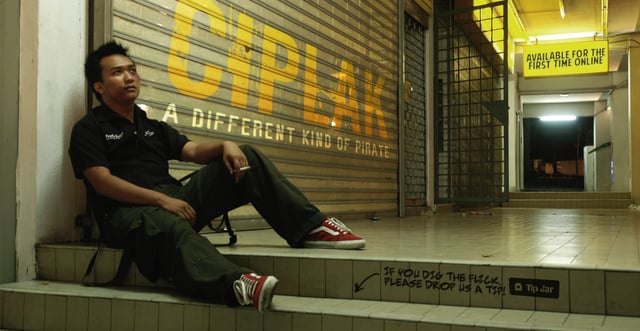 One film I certainly didn’t mix up with others is Khai Bahar’s ‘Ciplak’. To my mind, this is a key film in the history of Malaysian independent cinema, one that helps to herald the arrival of glocal Malays on screen; in my review of it, I described it as “an alternative to the alternatives of its time, in addition to being an alternative to its mainstream as well.” If ‘Rain Dogs’ is indicative of a movement representing more of the marginalised (Chinese) communities, ‘Ciplak’ does a similar thing from a different direction. In all honesty, it’s fair to say that there are indeed better films out there, and the writing down of ‘Ciplak’ on that list makes me wonder whether I’m considering the films in terms of their importance, instead of simply noting down the best of the best.

‘Spinning Gasing’ offers more of a clue to that puzzle. Directed by Teck Tan, its emergence at the start of the new millennium also heralded the start of a new form of representation, one which reconsiders the fracture that existed (and still continue to exist) in Malaysia (and its cinema), focusing largely along communal lines. Such racial discussions remain important, even if we don’t see them being expressed as much in such a multi- approach. I remember enjoying this greatly, but that was also a fairly long time ago, and I believe that in reacting the way I did, I may have fallen victim to the film’s academic and critical qualities more than anything else.

‘Abang 92’, however, comes in with spades of goodwill from many sides of that fence. Being a kind of remake/sequel to a well-known film, it helps in being an entry in a franchise of sorts, tapping into something that is already present. More academic readings of this film also brings out considerations held by the Malays of the time, with the possibility of enacting a critical reading of political factors and policies such as the New Economic Policy, the shadow of which continues to haunt us even after its official end. I feel that perhaps the representation of a Melayu baru on screen helps to put it on this particular shortlist, a reasoning not too different from ‘Ciplak’, in a way. 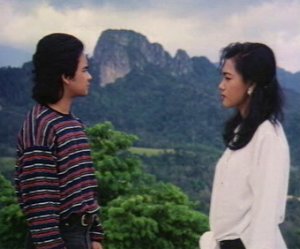 A few years on from that, ‘Sembilu’ comes knocking in. I will concede that once I wrote this title down, I almost immediately crossed it out; in terms of quality, perhaps it should be nowhere near this. However, it’s difficult to deny its importance, being released at a time when the faith in Malaysian films to make money was relatively low. Its blockbuster appeal stems from its lineup, as we would see the start of Erra Fazira rise as the queen of the screen at the time; the casting of Awie and Ziana Zain also added more gravitas into the mix. Off the top of my head, it might also have been Yusof Haslam’s first big hit as a producer, the starting point of a box office familial lineage.

Much of the above could not be said for ‘Bukak Api’. For this film, I happily and willingly credit the research I had made for my post-graduate dissertation, in which Osman Ali’s groundbreaking film was analysed in greater detail. There is that recency bias to go along with its critical cousin. And then there is me just thinking that the film is a rather good one. Along with ‘Anak Halal’, it impressed upon me of Osman Ali’s potential to become an important filmmaker with important stories. Though he may have ended up focusing on more crowd-pleasing commercial fares (often with Maya Karin as his muse), it does not take away from the importance of his early work, as ‘Anak Halal’ played a critical role in representing the transsexual community and stories on screen.

Another filmmaker who developed crowd-pleasing tendencies is Aziz M. Osman. Thinking about it a bit more, the 1990s felt like a battleground of box office supremacy between Aziz and Yusof Haslam. ‘XX Ray’ helps to bring him into this discussion. I’ve often thought of this film as our culture’s equivalent of the ‘Back to the Future’ movies, primarily in the nostalgia evoked just in thinking about both films. This film also emerged at a time when I was beginning to pay closer attention to the outside world, on the cusp, as it were, of entering my second decade in life (‘Jurassic Park’ would also work as a key identifier of this era), so my rose-tinted glasses perhaps got in the way in picking the film.

Speaking of coming of age, I think a film like ‘Ice Kacang Puppy Love’ would probably fall into that category. After all, this is a film that raked in RM4 million, when the number of films (Malaysian Chinese or not) to do that is further and fewer in between. Yet in the discussion of Malaysian Chinese cinema as a viable genre in its own right, my feeling is that Ah Niu’s work does not rear its head often enough. It is quite simply a lovely film to watch. In reviewing it, I wrote that whatever the resonance it has with its target audience, “in the end it is a film that deserves to stand on its own two feet for what it is. It has beautiful sceneries, a great and effective cast (the old man who waits fifty years for his wife breaks my heart), melancholic music, and plenty of humour laced with drama.”

Now that the door is slightly ajar, I will knock it down by throwing ‘Great Day’ into the mix. Another key entrant in Malaysian Chinese cinema history (I realise that sounds weird, and I don’t quite agree with segmenting this discussion in such a fashion, but it cannot go unstated. I will happily stand corrected, though, if I can be proven wrong about the direction of that definition), it cements the credentials first laid out by the director, Chiu Keng Guan, in ‘Woohoo!’. ‘Great Day’ is the platform from which the director’s follow up, ‘The Journey’, would break records with. Muz and I discussed this film in greater detail for an episode of our podcast. By and large, he is not an enthusiast of such films, so for him to speak well of the film speaks well for the film. 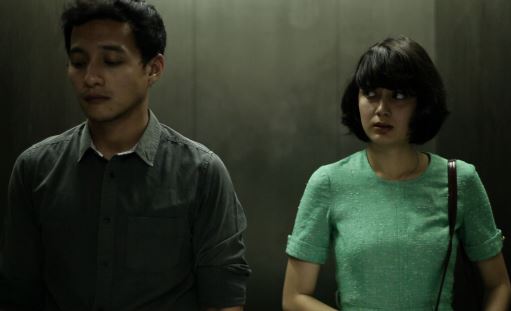 Muz is also a big fan of ‘KIL’, though he wasn’t the only one. Nik Amir Mustapha’s directorial feature film debut caused a big splash when it was first released. To recall the term ‘hipster’ mentioned earlier, this film fits all the bills; for instance, its lead, Cristina Suzanne, would corner the Malaysian manic pixie dream girl market after the release of ‘KIL’. Furthermore, there’s just a positive vibe about 2013 the film has come to encapsulate, much like ‘XX Ray’ did for my 1990s. Aesthetically, I also felt that it was something of a game changer, introducing a look more common to a Wong Fu Production video of the day. After ‘KIL’, I would notice more of a similar colour palette in other films, so in addition to being a very good film in its own right, there is also much importance we can pin on many levels.

Much of the same can be said for much of Yasmin Ahmad’s films. ‘Muallaf’ is an example of that. Once again, I have positive memories of watching it that first time in screened in Busan. I find that there is a different vibe in watching a Malaysian film with a non-Malaysian audience. It is a similar distance one can note in looking back at the country after having left it. A lot of Yasmin’s films would do much of the same, of course, and I can recall much of the film. This is what I wrote of the film the first time I saw it, and it remains true even nearly a decade later: “A bigger deal, surprisingly, is a young child being abandoned, naked, by the roadside, as a form of punishment by his father. It didn’t just catch my attention, it grabbed it, shook it like crazy, and strung it on a twenty feet pole with sharks swimming in a small pool beneath it. Simply put, it was quite easily one of the most powerful scenes I have seen in a very long time.”

This eclectic mix, then, is the films longlisted without being nominated. Going through them, I realise that I am also reflecting much of my own journey in their selections. Perhaps the range from which I selected them is not as wide as, say, Hassan Muthalib’s. All the same, these are the films that did indeed left me shook; in the next part, I will not only explore those which triggered me in a positive sense, but rank them as well.

What could possibly go wrong?

You can read the second part here. Check out the final top ten here, as compiled by Pusat Kajian dan Apresiasi Filem (PKAF). Additionally, we nearly forgot that we did a top ten list of canonised Malaysian films for foreigners back in 2009(!).