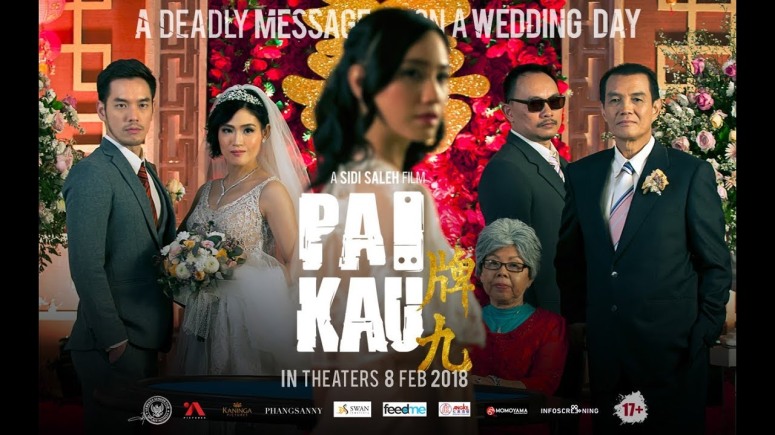 In August 2017, I conducted an interview with the director of ‘Pai Kau’, Sidi Saleh, trying to dig out his secrets in filmmaking, especially how he first joined the industry as cinematographer. “I am not sure if it was a film or not, but it was my first film, doing wedding video documentation, because my father was doing that kind of stuff when I was a kid,” Sidi answered in an almost flat tone.

A month later, I watched his film ‘Pai Kau’. Wedding, wealth, family affairs, murder, and betrayal all came together in this one full package. The first thought that flashed across my mind when I was watching this film was the response delivered in the tone above that could almost make me fall asleep during the interview. It didn’t strike me at first, because Sidi sounded as if it was not so much an extraordinary story.

The story follows Lucy (Irina Chiu), the daughter of an entrepreneur, Koh Liem (Tjie Jan Tan). Nothing wrong there, except that he also happens to be a feared mob boss. On the day of her wedding to Edy (Anthony Xie), an uninvited guest by the name of Siska (Ineke Valentina). Though she introduces herself as Edy’s cousin from out of town, her presence provoked some anxiety in Lucy, sensing a threat from this unknown and unwanted person.

If I ever have the chance to ask the director again how his childhood experience shaped his ways of making films, or, more precisely, the making ‘Pai Kau’, I’ll probably have an insight into why Sidi chose to put together these characters, plots, shots, and themes to give such a voice to ‘Pai Kau’. I did not ask this banal question during the interview, for Sidi strongly contended that there was no reason for him to do something; he did it simply because he wanted to do it. 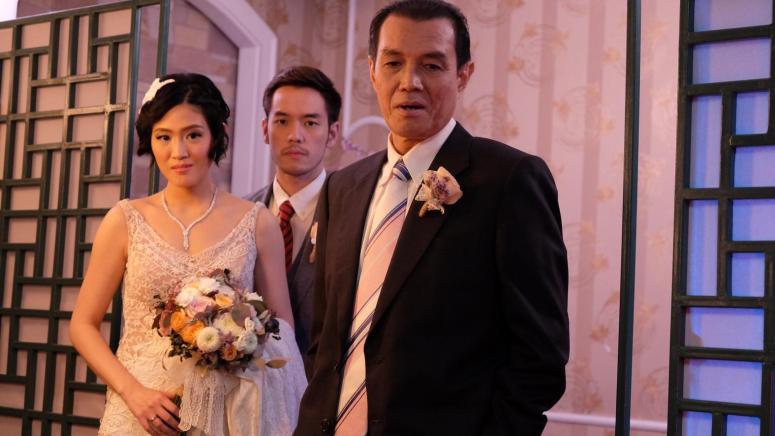 Does identity still matter?
If I can summarise Indonesian cinema in one word, it will most probably be ‘ethnographic’. Indonesian films have strong voices; their voices are their signatures, a signature of domestic ceremonies such as weddings, funerals and others, merging with political and social issues as the reflection of Indonesia’s customs, cultures and mutual differences. It is easy to discern or to identify which ones are Indonesian films among a plethora of Southeast Asian films. But for me, ‘Pai Kau’ had something more than being just an ethnographic film (no matter if this was the director’s intention).

If we put aside the languages used in the film, I would say that this film could be taken as a Hong Kong, Taiwanese, Malaysian, Thai, or Singaporean film, because it resonated with the customs as practised by Chinese descendants in these Asian countries and the common themes that revolve around prosperity, family ties and reputation. Sometimes, it can be more difficult to make a film that owns a universal voice, compared to one with a distinctive voice representing in which country it is made. But films are films. Does it really matter what is its country of origin? Do borders still matter? And what exactly is identity?

Borders and identities are often used or misused to exert power and instill ideology. They make us wary of differences and how we differentiate ourselves from the ‘others’, by fabricating a sense of ‘us’ against ‘them’. Hence, it leads to how we define ‘identity’.  Is it really crucial for a film to have its own identity? A lot of Indonesian filmmakers write about conflicts to deal critically with social and political issues in the country.

‘Pai Kau’, on the other hand, avoided these hot topics. Instead, Sidi only wanted to write a long story about the conflicts happened in people’s daily lives that were normally overlooked: a seemingly perfect couple and a reputable family with underlying agendas like betrayal, murder, and greed. Perhaps this story was too much a cliché as seen in family dramas that made it left unnoticed and unsaid. Whichever was the case, ‘Pai Kau’ criticised how pretentious human beings were and still are in trying to create and live up to this notion of ‘a perfect marriage in a happy family’. Yes, as an audience member, I think it was and is a cliché, maybe so much so that it touched my heart. 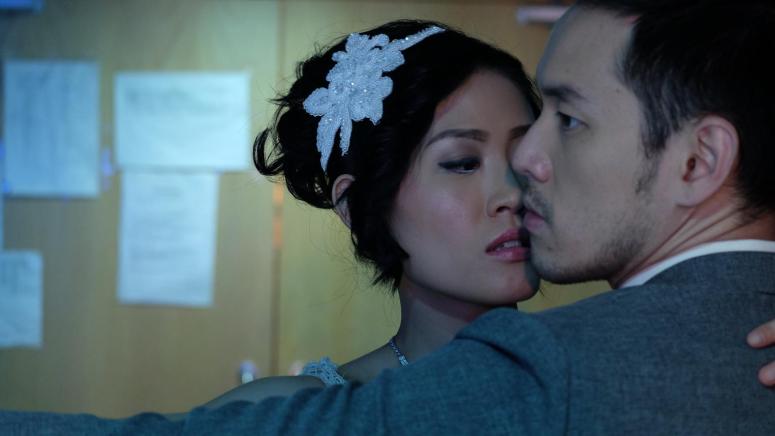 Subliminal women
Whilst gender hierarchy is still very prominent in Indonesian society, as well as in its films, Sidi brings out independent woman figures in ‘Pai Kau’ to provide a contrast of how Indonesian women are being undermined in the real world. Going beyond just independent women, the female characters in the film had the courage to love and hate wholeheartedly. They were full of vengeance because they had once loved with all their might. And it’s true that love and hate are distinguished by only one fine line. From being madly in love, they become slick and cunning, like tigresses waiting to attack their preys.

What impressed me a lot was the character of Lucy. When everything falls in line as predicted in this film, Lucy the bride become a surprise, turning the plot topsy-turvy. From a tame, loyal fiancée and filial daughter to a ruthless murderer, she is as close an embodiment of the two extremes a woman could be. Another anchor of the story is Siska, later revealed as Edy’s vindictive ex-girlfriend, who was so torn between love and revenge. In fact, Siska was the suspense of the whole storyline, the tension between Edy and Lucy during their wedding: a time bomb waiting to explode. The designs of these two female lead roles were the fundamental elements that made ‘Pai Kau’ a good clichéd film among other clichéd films.

Although I did not comprehend you, I still did it.
I once asked Sidi why he chose to direct Chinese actors who spoke Mandarin in the film, when Sidi himself didn’t acquire that language. It was extremely difficult, especially when there was no interpreter or script translator on set. But I guess Sidi just had the guts to do it. Even though the lines in the film were delivered with a hint of rigidity, the trust that the director had given to his actors was powerful. I saw this rigidity as a beautiful flaw.

I believe that if I watch this film again in a few decades’ time, something I may look for in a film is no longer how brilliant its execution and technicalities are, nor how polished or well-made it is. Rather, it is this sense of sincerity and the urge to make films, an urge emanating from the core of this film, that will determine how well it has stood the passage of time.