Concluding his look at the 2019 SeaShorts film festival, Adi Iskandar is pleased to end on an optimistic note.

Having had a pleasant stay in fictionland, we now get back to reality via ‘Muslimah’. Directed by Nur Wulandari, it basically featured the director herself openly talking about her expressions of faith, and how it is shaped by those around her. Being an Indonesian, a member of the world’s largest Muslim population, such articles are not to be trifled with, as many people have a firm idea of how a Muslim (girl) should look like and behave.

What makes this film intriguing is how Nur is caught between a rock and a hard place. Both those elements are her mothers; while one is biological, the other (her late father’s sister) has an equally influential role in her upbringing and self-identity. It is interesting, because some of this matriarchal tension mirrors much of the generalised patriarchal stance. By that, I mean that the discussion about the politics of female expression is often linked to the male presence; a big part of the reason why women are deemed to be oppressed is because of the male assertion over the female. Of course, it’s more complex than you would think, but that perception remains.

In this case, there is no obvious father figure Nur herself has identified on screen. Yet she remains pulled this way and that, the voices of her mothers (elucidated primarily through phone conversations) serving as the figurative angels on her shoulders. What this film does is to begin a process of deconstructing the image of oppression often linked to male power. Yes, perhaps one can be so deeply imbued with such ideals that she is unable to identify the (male) source. Nonetheless, ‘Muslimah’ is a great film to desimplify that which has often been talked about in reductionist terms, particularly for those less familiar with the subject matter and its context. 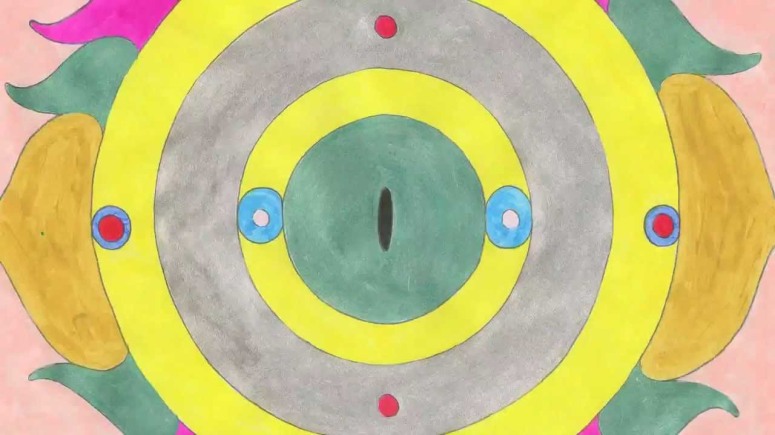 Speaking of unfamiliar territory, what does one make of the wonder that is ‘Wonder’ by Mizue Mirai? The film stems from a tradition of experimental art, in which the senses (as opposed to the sense) is probably prioritised above and beyond anything else I could think of. Simply put, I could not make head nor tail in this animated film, with no discernible protagonist upon whom my hopes and wishes could be pinned. Rather, we have patterns, colours and gaps in between with which meaning could be made; if you’re not keen on trypophobic images, you might want to skip this one.

In the past, we published Elise Shick, who noted down her experience in a Japanese programming workshop. I was quite tempted to do a piece on the selection of films chosen I could find online, but upon sitting down to watch them, I realise that deeper and more cogent analysis of experimental pieces is far beyond my good self and sense. Coming back to ‘Wonder’, the one thing I could note is the pace that picks up in the latter half of the film. Is it about life? Death? Godzilla? All three? Answers on a postcard, please.

One slightly experimental film I could get my head around was ‘No’I’ by Aline Magrez. We start off by following some people on screen, and I figured it to be yet another Cambodian film in which poverty is the meal of the day. Don’t get me wrong; I’m all for verisimilitude, but their constant picturing and capture on screen has led to a form of branding that can be dispiriting. Certainly for the cinemas of Southeast Asia, it seems that a depiction of socio-economic inequality is a way forward to getting your foot in at the door of international film festivals. Though cinemas of oppression can be found anywhere, the portrayal of crushing power dynamics in the likes of the Philippines have certainly made me wonder whether this is something that affects the perceptions of others in a more negative way; in the long run, it seems like a work is only brave if it looks at the darker side of society in such a fashion.

Should that be the case? I want to say no, but I am tempted to say that I would be wrong. What is a lot more certain, though, is that ‘No’i’, is an exploration of time and space as seen through the lens of life at the tracks. This refers to train tracks running directly through certain communities in the city. And when I say ‘run directly through’, I mean precisely that. We’re talking about people living right next to the railway, who have to pull in their paraphernalia of the railways when the signal is given for any train to come through. Such a warning is delivered well in advance, of course, but what is astounding (at least to my mind) is how such rapidity (i.e. the movement of the trains shuttling through) can be contrasted greatly with the stasis of many people’s lives. For the locals, this is nothing new. Life goes on, and this is par for the course for many of them.

To that end, Aline Magrez has done well to work with this more as a video essay. There is nary an overt imposition of the director’s thoughts on the process, commenting on the situation as the descriptive (as opposed to a narrative) moves along. Rather, we are positioned just there, seated inside a restaurant, a mere patron amongst many others, the camera the director’s eye that is our viewpoint. It’s shot in a first-person perspective, almost (which is not a bad thing; as funny as it sounds, a filmmaker roving around with the camera, possibly on a tripod, is a lot more exotic to the locals than the trains barreling their way through), yet we are not assigned a specific character or personality. We’re just there, observing and taking in the sights and sounds. My mention earlier of films focusing on poverty in a negative way is not meant to be an assertion about this film, for, though it remains problematic in the bigger picture, Aline has taken a more objective route than most, sticking closer to the middle path (much like the trains themselves).

Veering off that chart into the fantastic is ‘Fireflies’ by Robin Estargo. It tells the story of Amiel (James Garcia), Luke (Russell Vingno) and Annika (Annika Santos), three friends closely connected through a process of discovery. In a way, the story is kind of told in one night, but it’s not as well, traversing through time and space in a more experimental way. At the same time, it is not particularly experimental either, given how there is a strong narrative strand that ties all three characters together. Particularly keen in our focus is Amiel, whose pinings for love and companionship is really the key question and exploration made by Robin here.

In so many ways, the film is a realisation of an idea I myself had many years ago. At the beginning of my own career, and still unsure about the kind of films I want to make, I jumped from one format and genre to another; there once was a Microsoft Word document entitled ‘The Meandering Musings of an Early Morning Romantic’. As I write this now, it felt somewhat pretentious to even think about that, but that is, actually, the true courage and bravery of a storyteller: to explore that which comes most instinctively to you. I don’t know Robin, and am therefore reticent to identify the stage he is at in his career, but I applaud his bravery and sincerity in remaining true to his own thoughts and feelings.

He certainly pulled it off in a way I never could, especially with the song and dance routines. I never even thought about that for my own film, and I never thought about that here; when it came it, it caught me by surprise, but it was a pleasant one. I could, therefore, describe the film as a whole as such, a series of unexpected turns and twists. It may not be to everyone’s tastes, but I have no problems with this for now.

I also like his reasoning for making the film; the director’s statement, taken from the Film Freeway website, suggests an inkling of the thoughts I shared above: “In recent news and films about Manila, the city has been demonised as a place full of crime and danger,” writes Robin. “For optimists, this city contains stories of love as well, and behind that love is pain, most especially pain that comes from the city’s youth.”

“These stories are just few of the many adolescent stories I will never know,” he continues. “They deserved to be heard. ‘Fireflies’ is my contribution to that movement.”

I can think of no better sentiment to end this series of review than that.

The following is a full list of the winners at the 2019 SeaShorts Film Festival. There are two sections, SeaShorts Film Competition and Next New Wave:

Best Sound
Forget Me Not