Adi Iskandar checks out the highs and lows of Ross Harrison’s latest documentary.

An email popped into our inbox many moons ago, in which the documentary filmmaker, Ross Harrison, sent word of his latest film. “‘Spirit’ is a story from the land of gods and goddesses in India’s high Himalayas,” it began. “You may have already seen ‘Lifelines’ from the same village, and last year I returned to Uttarakhand with co-director Jane Dyson and sound recordist Niko O’Brien to witness the remarkable 10-day Pandav Lila festival, a feast for the senses and an experience that will hopefully move you as it did me.”

This is not a random email, for we previously interviewed Ross about his career, after coming across ‘Sunset Over Selungo’. Released in 2015, that film covered the Penan tribe, an indigenous community in Sarawak often acknowledged as one of the world’s last hunter-gatherer tribes, who were at risk of losing their homes due to logging activities. “I’ve been concerned for a long time by what’s happening to the world’s rainforests,” he said in that interview. “The general awareness of this destruction is only skin-deep and isn’t matched by a collective determination to act. I’m curious about how to tip the balance to that second part of that equation.”

That is presumably a part of the motivation to make ‘Spirit’. The film follows members of a remote village, focusing on Saraswati Devi as one of its lead characters. Now an elderly member of the tribe, she traces her own history and that of her community, a journey which almost inevitably includes the decline of certain traditions (including the decreasing number of people around to celebrate the aforementioned Pandav Lila festival). In doing so, she displays an intriguing spirit in pursuing education, almost as a way of breaking through glass ceilings. 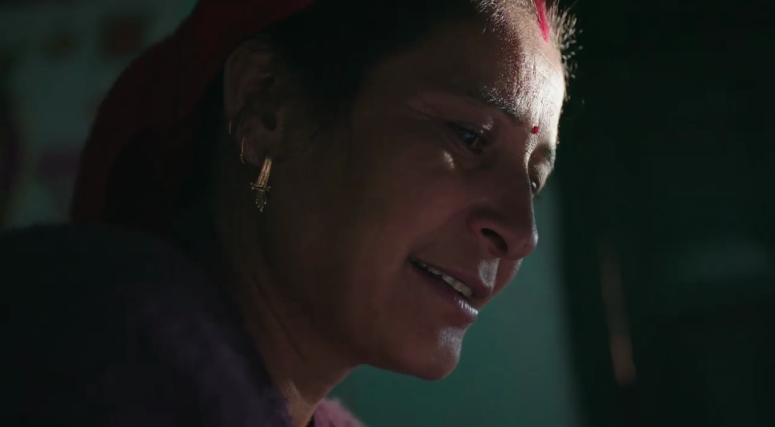 At the same time, that is not to say that all social structures are bad, for Saraswati and other members of her community also sought to reify their traditions and norms. The Pandav Lila is key to this, as the reenactment of the Mahabrata becomes the glue with which social bonds are strengthened. We don’t actually have a blow-by-blow reproduction on screen, but the focus on the five Pandawa brothers should be more than a little familiar for students of storytelling in the Southeast Asian region, particularly given our historical and cultural links.

Ironically, this same bridge also puts that tradition at risk. Much like many other communities, migration patterns have meant that certain practices are more difficult to maintain in a more urban, globalised and foreign-centric world; the compass may point either East or West, but at its core, ‘Spirit’ tells a fairly universal story of standing defiant in the face of dynamic forces of change more fluid than at any point of time in recorded human history. Thus, this film historicises that which teeters on the precipice of deletion.

It’s good that such significant events are treated with care and expertise by a filmmaking team who knows what they’re doing. Simply put, this is a gorgeous film. Much like ‘Sunset over Selungo’, ‘Spirit’ is produced to very high levels of aesthetic and technical quality, as Ross’s cameras present beautiful shots of the people and their landscape. Additionally, they should also be praised for blending into the environment well enough to capture the nomenclature of relations in this remote Himalayan village. Given that they are Westerners very much from beyond the community, I don’t imagine this success to come about so easily. 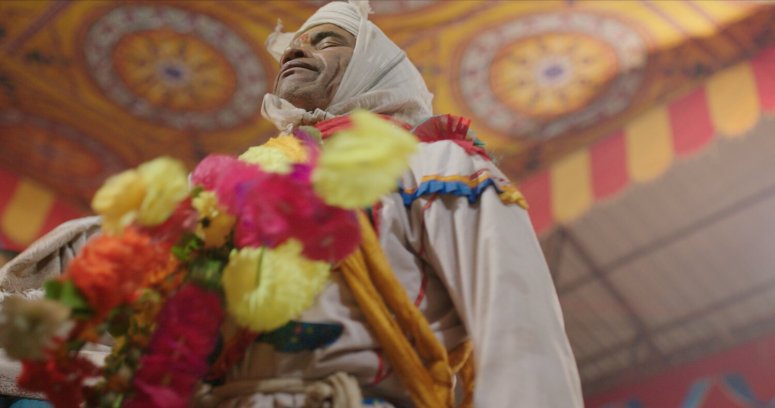 It is on this point that I should note my only issue with the film. At the risk of being a little too reductionist, ‘Spirit’ employs a peak-trough-peak story pattern with its story structure, beginning and ending the film on positive, colourful notes meant to imbue the audience with a positive feeling. Yet I also wonder whether such an ending would reflect the reality as it is. The Pandav Lila, for instance, is depicted as a singular high point, a pause amidst what has been articulated on screen as a challenging existence. It would have left us feeling a little more deflated, yes, but I also wonder if it may be a more accurate representation of life in the Uttarakhand village as it is.

That this is also an academic film (produced as an output of research conducted by the University of Melbourne, where Jane Dyson is based as an academic) also sets my spidey sense tingling. My own academic dalliances have made me more aware of the importance of native content creation. While foreign observers play a key role in providing a degree of objectivity, a lack of more local and high-quality historicisation efforts also means that such knowledge and information are being ‘colonised’ by those not native to the context, as others (and the Other) from far-flung places are now deemed as the authoritative point of contact for those who wish to find out more.

This is not to detract from the fine work Ross, Jane and Nico has done in making ‘Spirit’. Indeed, further research reveal that this is a high point of a long-gestating research effort, one whose fine aesthetics does a great job of making the unfamiliar familiar, particularly as it is predicated upon fairly universal truths we have a chance of connecting to. Saraswati also has a charisma that is difficult to resist, a positive force worth celebrating in its own right. The reality, however, will always be just that bit more complex, and I hope that the reservations I raised above are factors worth bearing in mind, if only to complement this feast for the senses as food for further thought.

Read our 2016 interview with Ross here. The film won the Inspiration Award at the Research in Film Awards 2019, organised by the Arts and Humanities Research Council.